The group has taken a unique focus towards forex trading with its hybrid approach that effectively grapples broking needs with a charitable intent. Forex Nation now operates in sole in London, one of the industry’s largest global hubs.

(Danielle Lehrer, Founder) This is the result of having two separated department and it means we didn’t fit neatly into just one specific one government-approved structure. Moreover, our financial licensors and insurers considered that, because we were creating high expectations among traders and consumers, we were therefore a much higher risk than a standard broker – if that sounds crazy to you, you are not alone.

Subsequently, Forex Nation’s licensing and insurance costs were as much as five times that of a standard foreign exchange (FX) broker and we were dealing with two very tricky compliance models with diametrically opposed purposes.

Australia is a lovely place to live on many levels but concepts that seem so very logical to historically rich European communities often take time to filter through our system of government. For example, the CIC model which Enrico Garzotto and Davide Francesco Sada so expertly implemented in the UK, simply isn’t available in Australia.

Essentially, Forex Nation had a much better chance to thrive chance (in London as a CIC), at a lower opportunity cost, in a regulatory environment that welcomed our philosophies and objectives. And we three believe that important change can’t really be owned and needs to be given every opportunity to unfold. So Forex Nation rises in Europe under their kind hearts and expert hands.

We’re all very pleased to be able to bring forex traders an option that helps to redefine success in the world as being more than just financial reward. 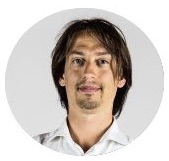 (Enrico Garzotto, Co-Founder, CEO) Why did Forex Nation choose London as the destination for its change in base of operations?

We have chosen London because it is the only country where you can set up a company that can do both business as a normal company and being a charity, with a non-profit purpose. This kind of company is called a CIC, Community Interest Company, and is a hybrid between Ltd and charity structures.

You can earn money as standard ltd, something that a standard charity cannot do, but at the same time, you are obliged by law to give at least 65% of the profit to other charities or to help people without lucrative purpose. Moreover, you don’t have any tax exemption, as charities do, therefore it cannot be used as a workaround to avoid taxes. We think this kind of hybrid represent the future since they are more socially responsible and are in fact regulated and obligated by law to keep their word.

Does the UK present any unique opportunities for FX brokers relative to other locales such as Cyprus, Malta, etc.?

The UK represents for sure a unique opportunity for Forex Nation. We aim to introduce a new vision of the world, where business is perfectly integrated with the entire world ecosystem. You have to consider your impact from both the economic and social-ecological point of view. There are several businesses, probably 99% of businesses, interested only on their profits. However, they do not see that profits are, most of the time, a borrow from the future which will be paid back through climate changes, social change, more extreme poverty etc.

How to Choose Your Bitcoin ProviderGo to article >>

Can you describe the regulatory atmosphere and requirements for setting up a shop in United Kingdom?

We are regulated by the CIC regulator with a series of strict rules, one of which is a “lock” on its assets. This prevents profits from being distributed to its members or shareholders other than in certain limited circumstances. It also means that all assets must be used for the community purpose or, if they are sold, open market value must be obtained for them and the proceeds used for the community purpose. In addition, if the CIC is wound up, its assets must be transferred to another, similarly asset-locked body.

What sorts of clients is Forex Nation hoping to attract with the new UK base of operations?

Who will be managing or running the operations in United Kingdom?

I will be managing the business in United Kingdom, after my experience in Key To Markets and his unique view of the finance world we aim to grow a socially minded business. Actually, we are doing something new and revolutionary that nobody, not even the CIC regulator, fully understands the impact we could have on the world.

How has Forex Nation’s experience in Australia prepared it for United Kingdom or for a new pool of clients?

As Danielle noted earlier, the CIC model which we’ve implemented in Europe simply isn’t available in Australia. Forex Nation now has a much better chance to thrive, at a lower opportunity cost, in a regulatory environment that welcomes our philosophies and objectives!

So, we are searching for people not clients. Real people. Who believe that we need change.

In fact the word “client” comes from the latin word Cliens, that comes from colere, meaning respect. Colere has the same root of cluo (in greek Klyo, in Celtic Clyw) meaning “to ear” and “to obey”. We are not searching for clients who respect the status quo and are here to only hear us talking. We want people ready to act with us, not for us, in a real community.

Community is coming again from a Latin word com-munus, where “com” means “in common” and munus has a double meaning, “debt” as well as “donate”. At the moment the world is creating debt. Now is the time for us to use some of the financial industry’s great wealth to help people and communities in need to thrive. Now, it is up to you to consider the future of your next generations and decide whether you will be part of the solution.

The majority of businesses say they aim for long-term profit, however they do not look at the impact they will have over those years. We are aiming to plan a seventh generation profit – just like the Iroquois tribes – with our children and future generations in mind.

Our industry talks about clients. It’s time to talk about people!

Share this article
Tags: Australia
Got a news tip? Let Us Know