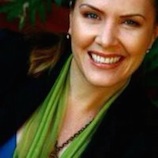 Forex Magnates reached out to Danielle Lehrer, Founder of Forex Nation for an exclusive interview on the company’s unique and transparent business model as well as its charitable structure for worldwide traders.

Changing of the Guard?

According to Lehrer, “The way business has been conducted warrants a change. Greed is dead, and it is time to stress inclusion, not exclusion. Since the industrial revolution, greed became a natural evolutionary outcome, i.e. that bigger was better. However, since this digital revolution that we find ourselves in, the world has become one big community bringing common objectives such as standard of living on the planet into staunch focus. This is especially since the Global Financial Crisis (GFC), which highlighted consumer sentiment, the rampant greed, and the less than transparent practices that led to the crisis itself. This led to the way we do business and the rationale behind Forex Nation.”

Part one of her full-length interview can be read below.

1. Do you believe the good-hearted nature of humanity is a force that can coexist with financial markets?

Absolutely, this concept of inclusion is driving the new world economy. If you are not mindful of consumer sentiment you will be left behind. At the moment, the Forex industry promotes itself and tends to compete on the basis of spreads and technology. Spreads often mean very little to the average trader while technology has become ubiquitous since we all have it and use it in our daily lives. There was an opportunity with the GFC to take notice of consumers. Occupy Wall Street and other similar movements sent a very clear mandate for our industry and others.

2. A lot of people have become more involved and aware in financial markets, financial blogs, media, etc. How has this impacted the way consumers approach the industry?

Lets face it, the financial services industry is not known for its transparency. The practices that led to the GFC are an example of how far behind financial services are compared to other industries. Bigger is not better, but that’s what we were led to believe. Let me put it this way, the industrial revolution gave us competition but the digital revolution gave us a global connection that created this transparency from the consumers point of view. For the financial services industry to sit or hide behind a veil of secrecy just doesn’t serve anyone, especially the consumer. This is changing now. Everyone communicates and we are all online which means greater transparency and better discovery of what things companies do to us that we don’t like.

Now the consumer is insisting on that transparency and the financial services market needs to answer the call. Business is the greatest man-made force on the planet. While we have all this consumer sentiment out there this is really just an opportunity for a business, and that’s Forex Nation at this stage, to create or take the lead and show the industry how its done. We have had to be creative to change the typical financial services operating model. However, the Forex Nation model is based on this concept of ‘mindfulness’. We must see that bigger is not better and instead focus on what exactly is better? What kind of world do I want to live in? And what kind of world is consumer sentiment pointing me towards? Ultimately, we identified three keys, very clearly stated from the data we pulled from our global sources.

Its not hard, and there is so much wealth and there is enough to go around and for everyone to have abundance.