In the aftermath of the SNB shock, industry professionals have been referring to the unprecedented 30% jump of the Swiss franc against the euro as a Black Swan event. But was it truly?

What Does “Black Swan Theory” Mean?

The term “Black Swan Theory” was popularized by Nassim Nicholas Taleb in his book “The Black Swan.”

The term originates in the 16th century, when old-world zoologists assumed all swans must be white and ruled out other colours as impossible, because all current observations reported white feathers. However, after a Dutch explorer discovered black swans in Western Australia, the perceived impossibility was totally disproven. 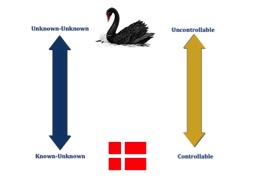 A “Black Swan Event” is an event that is unpredictable and unexpected in even the most detailed and carefully calculated of probability models. They are depicted in the tails of distributions.

According to Taleb, Black Swan events have three characteristics: 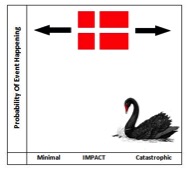 Examples of Black Swan events would be:

So is the SNB a Black Swan?

What puts into question the validity of “Black Thursday” being a true Black Swan event pertains to the first criteria for a Black Swan: “Was the SNB’s move a surprise?”

Though the timing was a surprise, there was a certain probability of the SNB removing or adjusting the peg sometime in the future (it could have been 1 week or 30 years in the future), as other central banks have done in the past.

Historically, one can see the effect of previous currency pegs and the impact when governments had little choice but to remove the peg and allow the currency to free float (consider 1992’s Black Wednesday and the GBP). This challenges the first criterion. 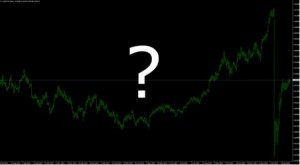 Additionally, there have been economists, fund managers and traders stating for some time that this peg couldn’t last, especially when the ECB started making noise about quantitative easing which would, in turn, force the SNB to more aggressively acquire euros and put their economy at risk. This challenges the third criterion in that there was a considerable portion of professionals anticipating prior to the event.

Therefore, the only criterion met is that the SNB debacle had extreme impact. Almost a Black Swan, but not quite.

Ask the clients of Alpari UK and LQD Markets.

Yes, it was a complete surprise.

Ask all the clients who got robbed by their brokers…and liquidity providers of the brokers. Yes…those investment banks have been playing clients for fools again. It worked 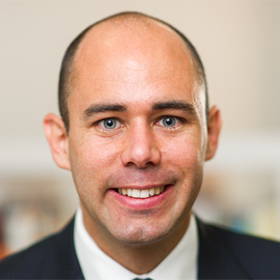 R3 Analytics
www.r3analytics.com
Liam O’Brien has considerable experience and knowledge in trading and risk management across multiple asset classes, having developed over more than a decade in the financial services industry. Liam began as a proprietary trader in the industry and has since held roles in funds management, electronic trading, quantitative trading and risk, and broader investment banking. He has an intimate understanding of managing risk across all business units and a full appreciation of the role financial technologies serve in making forex trading firms successful. Liam studied at and is a graduate of Harvard Business School.
wpDiscuz