Shares of Bitcoin Investment Trust (OTCMKTS:GBTC) had their highest close on Friday since going public in May.

The shares gained another $5.00 (8.6%) to close at $63.00. On Wednesday, they hit an intraday high of $72.50 but closed at $55.25 in volatile trade. The recent highs are technically new records for the shares in their 7-month public history, with the possible exceptions of “outlier” trades from shortly after secondary trading debuted.

Wednesday’s and Friday’s respective GBTC volumes of 36,300 and 63,400 were the highest since bitcoin’s surge to above $500 in early November. At the time, bitcoin’s reported volumes also hit new records, which were recently eclipsed.

The shares have roughly tripled in value since the sharp sell-off in equity markets in late August, outpacing bitcoin’s 150% return from below $200. 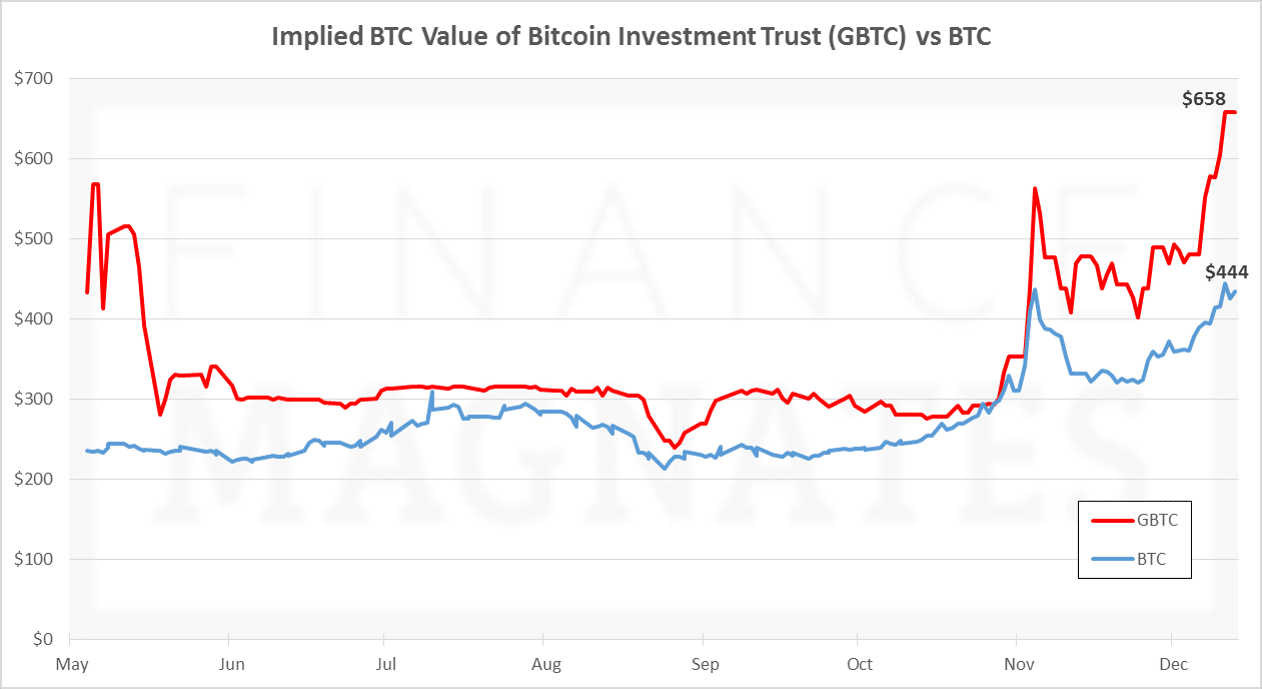 There are two components to the latest rise. Each share currently represents 0.09572712 bitcoins, the value of which has recently rallied to challenge one-year highs.

More significantly, the premium that investors are willing to pay for the shares relative to their underlying bitcoin value continues to rise as well. The premiums are once again challenging 50% (they technically exceeded 50% this weekend while GBTC lay idle), approaching 6-month highs reached 3-4 weeks ago. The implied value of one bitcoin based on GBTC’s Friday close is $658. 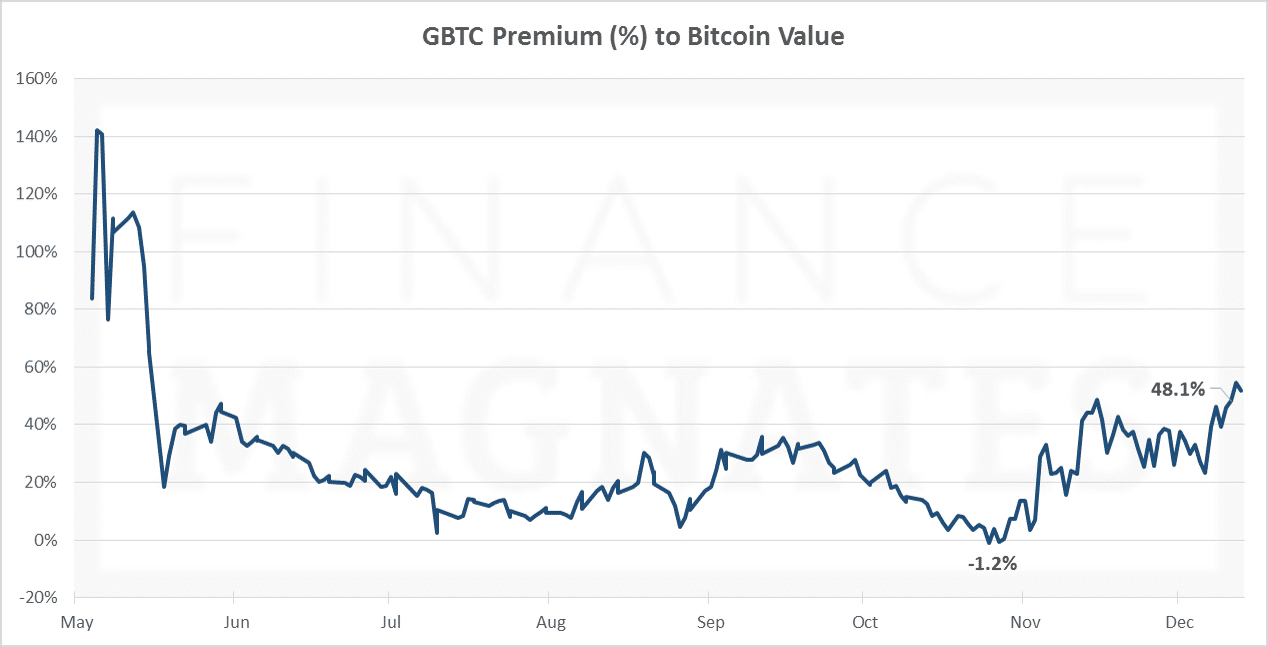 Investors have been willing to pay more for the shares, which may appeal as “regulated bitcoin”, unsusceptible to hacking or theft. With bitcoin’s recent resurgence, renewed demand for the shares may have further outstripped their limited supply.

However, there exist alternative avenues offering similar peace of mind without the heavy premiums. Shares of Bitcoin Tracker One, an exchange traded note (ETN) listed on the Stockholm Stock Exchange, do not trade at a premium. There are also regulated bitcoin exchanges (itBit and Gemini), as well as insured bitcoin wallet offerings.