The last week of bitcoin trading was a crazy one, the digital currency hitting a new 15-month high above $500 and exhibiting one of the most violent price swings in recent memory.

Drowned out by all the price noise was the observation that the total amount traded was by far the highest ever, according to data reported by bitcoinity.org.

Before we go further, the disclaimer should be made that the vast majority of all bitcoin trading volume takes place on unregulated venues. There is no assurance as to whether trades ever happened, or if they were conducted by or on behalf of real people. Furthermore, a majority of the reported bitcoin trading volume comes out of China, where the figures reported by exchanges have been a subject of scrutiny.

This all said, there is likely something to the numbers when such extraordinary price action takes place. 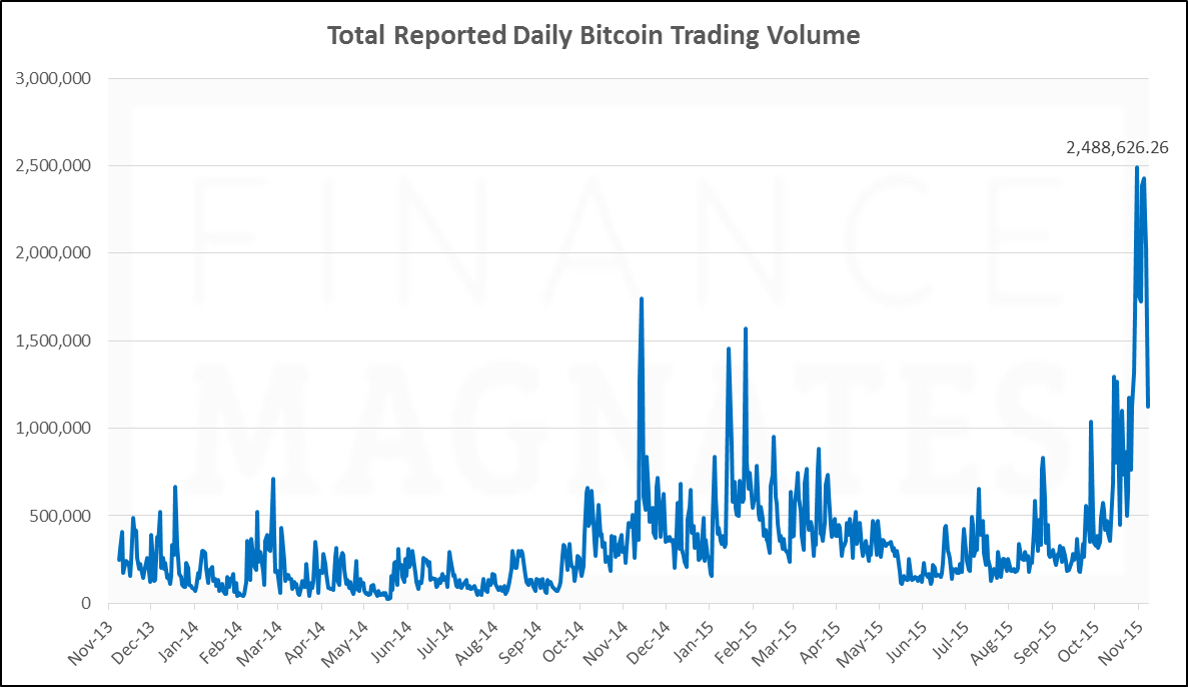 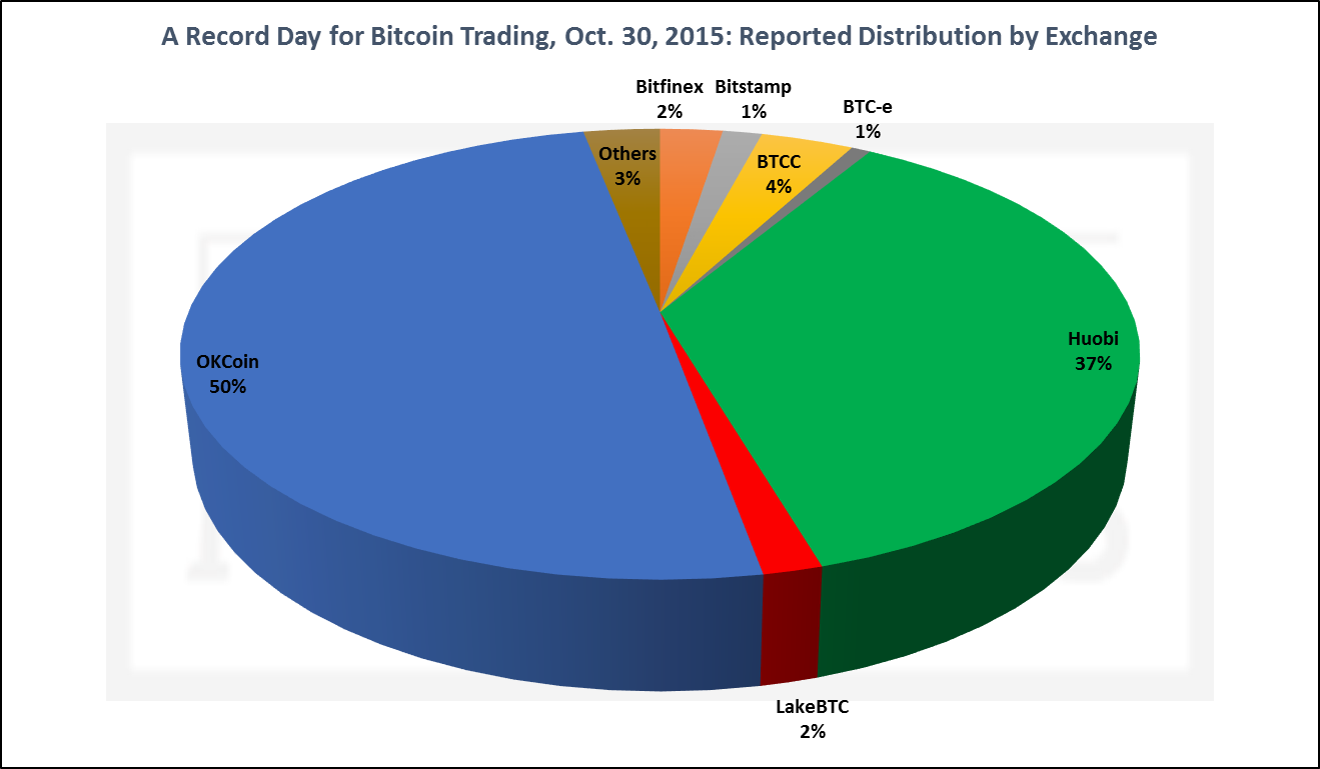 An overwhelming majority of the reported volume was from Chinese exchanges (Huobi, OKCoin, BTCC, LakeBTC), which took 93% of the market on October 30 (the 6-month average is currently 79%). Combined with the high price premiums on Chinese exchanges, this further supports the theory that China was responsible for dragging the markets higher. It has been suggested that Chinese investors flocking to a Bitcoin-based Ponzi scheme caused a surge in demand.

Shares of Bitcoin Investment Trust (OTCMKTS:GBTC), which re-established their premium to the bitcoin price, also had a big week. They became a hot commodity once again, offering investors a regulated vehicle that doubled in value in just over a week. A record 71,700 shares were traded on Nov 3- more than 10x the 3-month average of 6,286.