Shares of Bitcoin Investment Trust (OTCMKTS:GBTC) have soared to their highest level in 5 1/2 months amid heightened demand driven by bitcoin’s relentless rally. 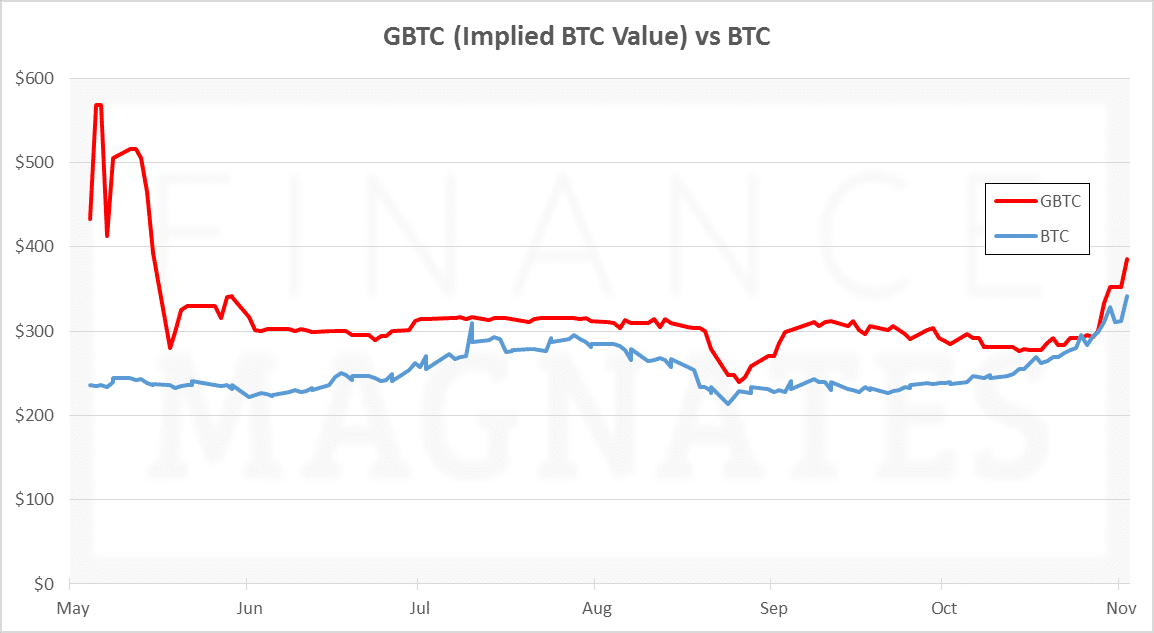 Shares of GBTC had, up until late last week, appeared uninspired by the bitcoin rally. For the first time, shares actually traded below their implied bitcoin value for a couple of days, in stark contrast with the typical premiums of 10% to 25% seen for most of their public tenure. At one point last week, they traded at a 4.4% discount to bitcoin.

Today, they rose by 9% to a high of $37.00, reflecting a 13% premium over the average bitcoin price. Investors in GBTC may now be willing to pay more to join bitcoin’s rally, which has finally achieved new 2015 milestones. 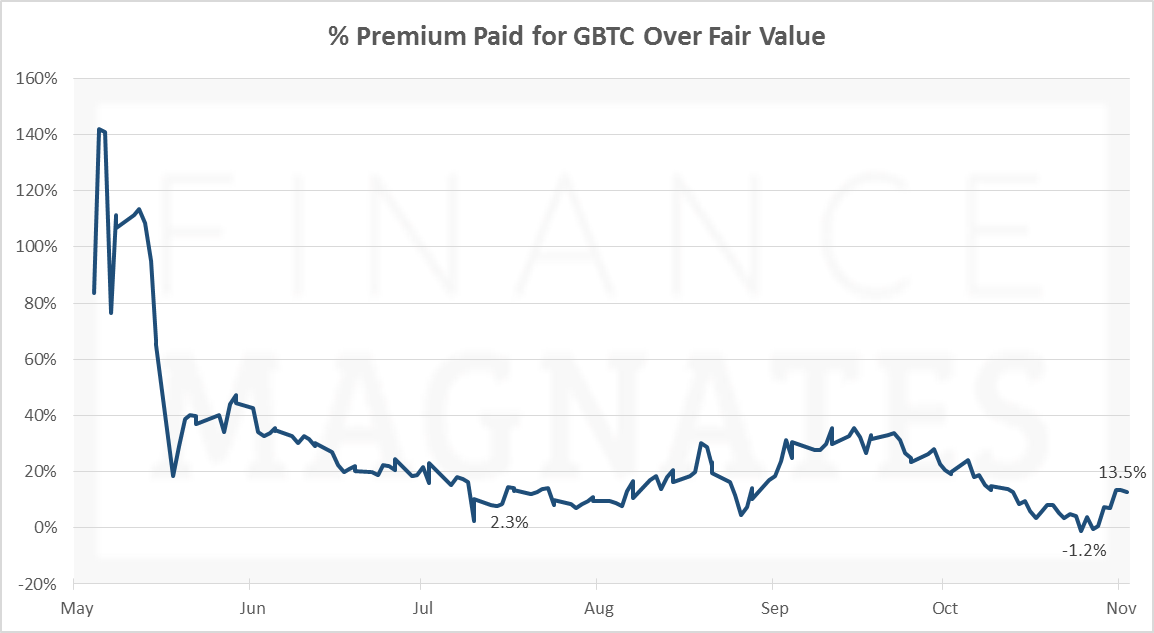 The erratic behavior of the shares may also be an outcome of their limited liquidity, leading to periodic spurts of outsized price movements in either direction. In addition, the latest legs of bitcoin’s rally have become increasingly disorderly, with price spreads as high as 12.7% between major exchanges. As such, there is a larger margin of error when defining bitcoin’s going market rate.

Each GBTC share currently represents 0.09588987 BTC, or one tenth of a bitcoin less the 2% annual management fee that has been levied on the fund since its inception two years ago.