BTC/USD converged toward the middle of its recent trading range, and is currently trading at $584 on BTC-e.

Trading at or near $580 for most of the past 24h, it has settled halfway between its how/low points near $560/$600 reached during a relatively tumultuous weekend.

Volume remains below normal, with 75-100 BTC traded per hour.

The combination of flat trade and its bounce back above $580 puts BTC/USD right on par with its 200-day moving average. Recent weeks have seen the pair alternate positions above and below this key long-term indicator more times than during the first 6 months of 2014. 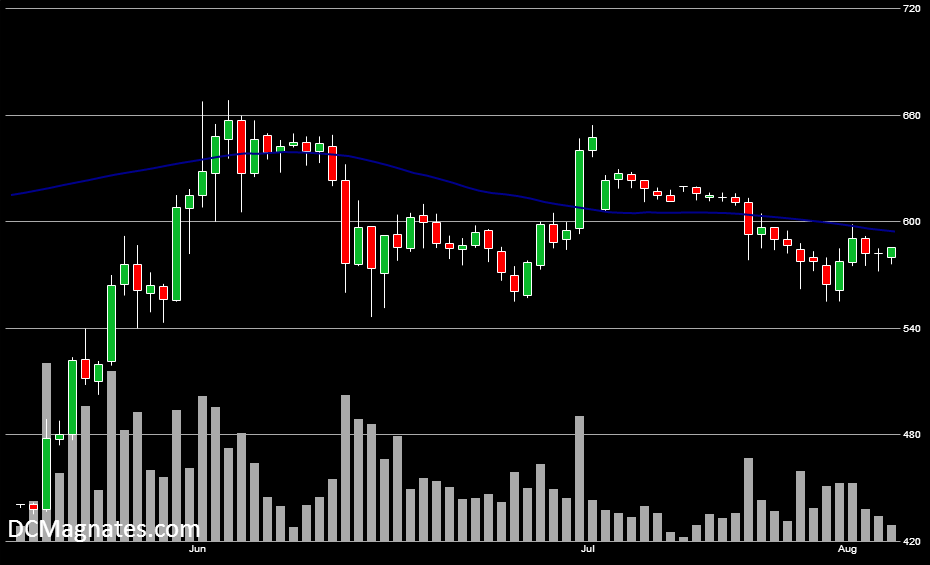 The pair has not deviated by a total of more than 20% within the past 10 weeks, making for one of the most (relatively) stable stretches in over a year.