Bitcoin wallet provider Xapo has secured a record $40 million in total Series A funding. The figure surpasses the $30 million secured by BitPay in May.

Its initial round in March, also worth $20 million, was for funding Xapo’s “ultra-secure” bitcoin storage solution. The servers storing bitcoins are never online and deposits are insured. 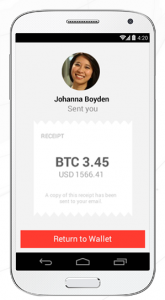 According to its blog, Xapo is to use the funding to build their team and suite of services to develop a framework for consumers to securely use bitcoins in their daily lives. They have also appointed two new board observers, Reid Hoffman and Mike Volpi. The pair “have a proven history of recognizing emerging technologies before they reach the masses” with technology companies in the past.

“Looking ahead, we will continue to invest the funds in building our team and our suite of services. We are committed to developing the framework that allow bitcoins to be used by consumers in their everyday lives while also continuing to offer highly secure bitcoin storage for Wall Street funds, exchanges, and financial institutions handling bitcoins.”

While both VC firms leading the funding have expressed optimism on Bitcoin and their investments in Xapo, Index Ventures noted that Bitcoin is nowhere near the level of a true currency like the dollar or euro. Rather, it’s more like gold by playing a role in monetary policy without being centrally issued.

Efficiency is on the Blockchain HorizonGo to article >>

Wall Street Journal reports that according to person with knowledge of the matter, the latest funding brings Xapo’s total valuation to above $100 million.

Xapo had announced in early June that its new bitcoin debit card solution, which allows consumers to securely pay with bitcoins at point-of-sale (POS) terminals, will be released at the end of the month. Consumers can order cards for a one-time fee of $15. Like traditional debit cards, only the merchant pays fees when used. The card appears to now be the company’s flagship product, a rare offering differentiating it from the myriad of other wallet solutions.

However, customers ordering the card say that they are still waiting. In a recently e-mailed update, the company reportedly said that it needs a few more weeks. The company indicates in its help section that cards will “begin issuing the cards in July 2014.

One cannot help but be reminded of the delays in order fulfillment by other bitcoin businesses, particularly mining equipment manufacturers. Many have secured large rounds of funding in advance of their products’ development. In the case of mining companies, it was advance payments from customers that funded operations.

Circle’s products weren’t even known until it gave some guidance when closing $17 million in Series B funding. Thereafter, it announced its launch of a bitcoin-based payment solution, which still appears murky as to what exactly it aims to accomplish.

In addition, while Cryptex’s cards are reportedly connected to UnionPay, Xapo has not yet disclosed their payment network partner(s) or issuing banks. A Xapo spokeswoman is quoted as saying that they “have signed deals with financial institutions in the U.S and Europe who will be issuing the cards” and “aren’t disclosing those names at this time.”

Some Bitcoiners have expressed some skepticism as to the solution’s chances. Fears will be settled when we see the cards in action.