The cryptocurrency industry was put into a state of shock earlier this year when a number of social media giants and other websites announced that they would be banning cryptocurrency-related advertisements from their platforms.

The trend started in January with an official announcement by Facebook saying that it had created “a new policy that prohibits ads that promote financial products and services that are frequently associated with misleading or deceptive promotional practices, such as binary options, initial coin offerings and cryptocurrency.” The announcement also said that the policy would eventually be revisited, implying that the ban might not be permanent (spoiler alert: it wasn’t.)

Despite the implication of impermanence, Facebook’s ban on cryptocurrency advertisements seemed to inspire a trend within the industry. Snapchat, Twitter, Mailchimp, and others followed suit. Google quietly began purging cryptocurrency ad content as early as March, although an official ban was not put into place until June 1, 2018.

Although no official changes to Google’s ad policy were put onto the books in March, “Advertisers using Google Ads are reporting difficulty in advertising cryptocurrency and blockchain-oriented products,” Finance Magnates reported. “In other cases, channels showcasing crypto content are reporting that their channels are being banned from YouTube.” At the same time, crypto advertisers saw massive drops in their adwords numbers.

By the time an official ban had actually been put in place, the industry had already taken a massive hit, forcing the industry’s marketers and advertisers to have to completely rethink their methods of reaching new users.

Then, the ban was gone, almost as quickly as it had come. Google posted an announcement in September saying that registered cryptocurrency exchanges would now be allowed to advertise to users in the US and Japan.

This begs the question–to what extent have the concerns that caused Google to place the ban been alleviated? And what does this partial lift of the advertising ban mean for the future of the crypto industry?

Why Did Crypto Ban Google Ads in the First Place

When an official ban was put into place, Google’s director of sustainable ads, Scott Spencer, said that “We don’t have a crystal ball to know where the future is going to go with cryptocurrencies, but we’ve seen enough consumer harm or potential for consumer harm that it’s an area that we want to approach with extreme caution.”

Amy Vernon, VP of Community at Rivetz, told Finance Magnates that the ban was put into place as the result of bad actors that riddled the industry. “Last year, there were ICOs happening every five seconds, it felt like. Some of them turned out to be scams, some of them were poorly run and organized, and others simply failed because a lot of startups fail.”

As such, Vernon said that “platforms such as Google and Facebook wanted to limit their liability and so put a blanket ban on crypto and blockchain.”

Indeed, a lack of clear regulations in the United States on the cryptocurrency industry–particular during 2017 and early 2018–had left the door wide open to illegitimate actors. ICOs were suddenly the hottest and quickest way to make money. While the majority of crypto-related companies were (and are) legitimate, there was a high number of ICOs for companies that either didn’t have sufficient technical substance or were outright fraudulent. To a lesser degree, this is still a problem within the cryptocurrency space.

Internet Giants Instituted Ban as a Form of Self-Regulation

Despite the US’ lack of specific regulations for the cryptocurrency industry, however, regulatory bodies such as the SEC and CFTC were increasingly cracking down on crypto-related companies with individual lawsuits. This created an air of caution in the industry.

It was this factor that seems to have been the inspiration behind these internet giants’ crypto ad bans. To avoid running into trouble with the law, and to protect their users from exposure to fraud, an ad ban was the natural course of action–a sort of self-regulation. 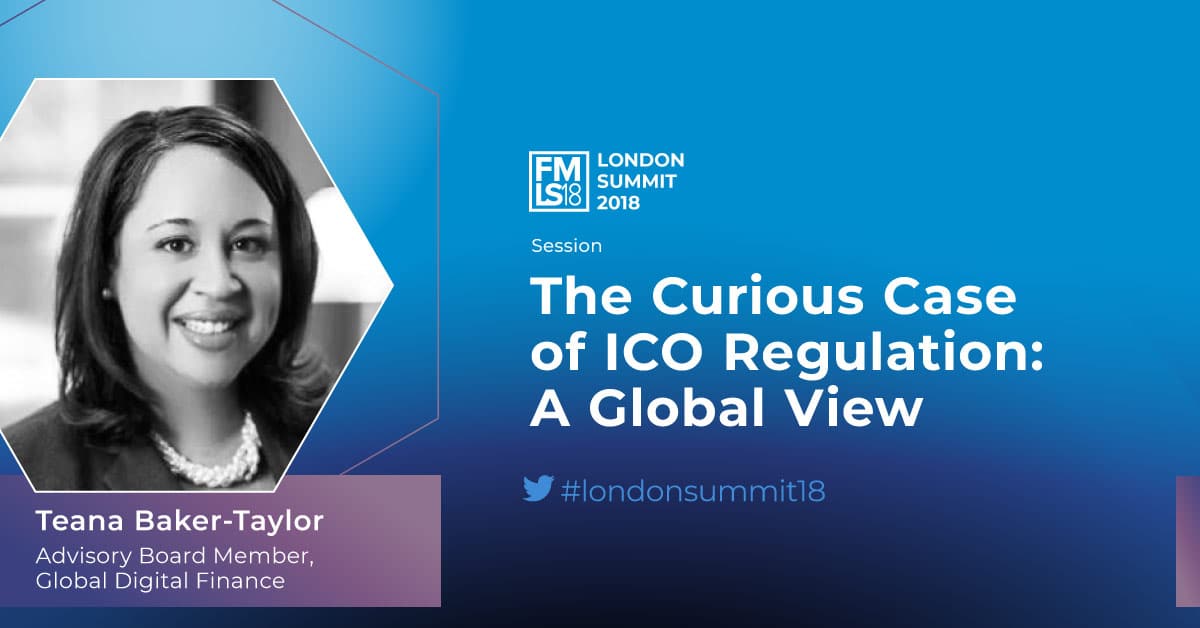 “Many industry players are in a ‘self-regulating’ mode – working with industry association and initiatives (like Global Digital Finance) to establish codes of conduct and best operating practices, often modelled against existing regulatory guidelines for traditional financial products, which absolutely include advertising,” Coinfloor Chief Marketing Officer Teana Baker told Finance Magnates. Baker will be participating as a speaker at the upcoming Finance Magnates’ London Summit that will take place from November 13 to 14 at the Old Billingsgate.

However, not everyone agrees that consumer protection was quite so top-of-mind for Google.

Publisher at ICORanker.com, Jeff Koyen, wrote in an email to Finance Magnates that “the idea that Google banned crypto ads to protect consumers is a load of bullshit. When has Google ever worried about, for example, getting sued over a misleading ad they served? They were protecting themselves.”

Why Did Google Reverse the Ban?

Given the set of risks that have clearly been associated with the cryptocurrency industry, why did Google make the decision to ease its restrictions?

A few different answers are certainly possible. One is that through a mixture of education and regulation, the industry has actually become more mature, and that the products it is offering to the world are generally more legitimate.

However, what’s far more likely is that for one reason or another, the benefits associated with bringing back crypto ads started to outweigh the risks for Google. “This partial reversal — and it is partial — suggests to me that someone in Google got their shit together and put a plan in place,” Koyen told Finance Magnates.

“This plan balances their thirst for ad revenue against potential liabilities. That’s why they’ve opened their ad platform to regulated exchanges and other approved advertisers,” adding that the new policy won’t be effective in blocking malicious players from advertising.

Stefania Barbaglio, founder and director of Casseopeia Ltd., echoed Koyen’s sentiments. She told Finance Magnates that in short, “Google realised how big the crypto market is, and the opportunity they would be missing out on if they weren’t flexible.”

“The Crypto advertising market is big,” she continued. “Putting a ban on Google ads would prevent them from making money and reaping the benefits of this big crypto community and industry. Google had ‘fear of missing out’, FOMO… Google wants a cut of the crypto trading profit and markets by turning on the green light for these institutions.”

Barbaglio will will be joining a panel on effective PR in crypto and communications strategies in the blockchain space at the upcoming Finance Magnates London Summit.

What a Reversal Means for the Future

Some analysts believe that this isn’t the only one of Facebook’s footsteps that Google will follow in. Facebook CEO Mark Zuckerberg has made statements throughout this year expressing his interest in blockchain technology; several job postings on Facebook’s careers page quietly let the world know that the company is working on some sort of mysterious blockchain project.

Sridhar Ramaswamy, Google’s senior vice president of ads and commerce, announced in March that Google was ‘actively looking’ at ways that blockchain technology could potentially be used within its ecosystem, although no specific projects have been made public.

Still, it’s only a matter of time. We can be certain that when Google finally does enter into the blockchain and crypto spheres, its footsteps will be heard far and wide.