Remember that one time last year that Bitcoin went up to $20,000? Of course, you do. (How could you forget?)

The cryptocurrency markets were exploding, and at the same time, the ICO craze charged forward. December 2017, as well as January and February 2018, saw record-breaking amounts of ICO funding. And then, just as quickly as the crypto boom had begun came the crypto bust. In less than two months, Bitcoin had lost more than half of its value; subsequently, the crypto markets at large shed billions.

The fall was largely believed to have been caused by a sudden increase in regulations–or rumors of regulations–within the crypto space.

The trend started with talk that South Korean regulators were considering placing a ban on cryptocurrency exchanges, although this was later proved to have been false.

Regulatory and law enforcement bodies in the United States (that had stayed relatively uninvolved) also began to ramp up their efforts. The SEC increasingly cracked down on ICOs that it considered to be fraudulent or improperly registered, beginning with the halting of the Munchee ICO in December of 2017.

Seemingly in response to the SEC’s pressure on the crypto industry, internet platforms with tons of users started to ban the practice of allowing the advertisement of cryptocurrency-related products on their sites. It started with Facebook in January of this year, with a new rule that “[prohibited] financial products and services that are frequently associated with misleading or deceptive promotional practices, such as binary options, initial coin offerings and cryptocurrency.”

Other platforms followed close behind: Google, Snapchat, Mailchimp, and more had instituted crypto ad bans of their own within weeks.

Cryptocurrency firms suddenly found themselves in a very difficult position. The new restrictions cut off access to hundreds of thousands–millions–of potential investors. That is, until some of them found a sort of ‘hack’ to get around the bans: social media influencers.

This tactic, while only used by a relatively small number of crypto firms, is not the only way around the ban; however, it has been notably effective.

YouTubers and Instagram users with thousands of followers are being employed by crypto firms to run so-called ‘crypto bounty’ campaigns for which they are being paid hundreds or even tens of thousands of dollars, indaHash CEO Barbara Soltysinska told Digiday.

Soltysinska said that YouTube is where “everyone goes” for easy-to-understand information about cryptocurrencies, investment advice, and cryptocurrency news. Therefore, channels like Crypto Love, Crush Crypto, and the Cryptoverse have powerful sway.

It’s been hypothesized that these YouTube and Instagram bounty campaigns are even more effective than more “traditional” kinds of advertising campaigns. In an Interview with Finance Magnates conducted via email, Creative Director of Contentworks Charlotte Day said that this is because the general public tends to “trust influencers more than advertisements.”

“Therefore, traders follow leading influencers across the different social media platforms and base their trading decisions, to a large extent, on tips and information from these influencers,” she explained.

She went onto say that these bounty campaigns could be contributing to market manipulation and distortion: “[the influencer’s] ability to mold trading decisions, even in part, will impact trading volumes. We know that supply and demand is the major cause of price fluctuations in the crypto market and influencers can certainly hold the key to this.”

With their power virtually unchecked, they “are raising their charges to exorbitant amounts,” says Day. Indeed, before the SEC came after John McAfee in mid-June, the software mogul revealed that he charged $105,000 per tweet. Money well-spent, according to him: “John McAfee’s tweets are by far the most influential in the field of cryptocurrency,” boasted McAfeeCryptoTeam.com, the site where such tweets could be ordered.

Due to SEC threats, I am no longer working with ICOs nor am I recommending them, and those doing ICOs can all look forward to arrest. It is unjust but it is reality. I am writing an article on an equivalent alternative to ICOs which the SEC cannot touch. Please have Patience.

An Effective Loophole, or a Well of Misinformation?

Indeed, blockchain firms and crypto startups who hire social media influencers argue that the practice is an affordable way to build exposure; critics of the practice allege that it’s a major source of misinformation and undeserved hype.

Indeed, the LA Times reported that the world of these bounty campaigns is thriving and that their proliferation “is one reason ICOs are raising money at a record pace.” 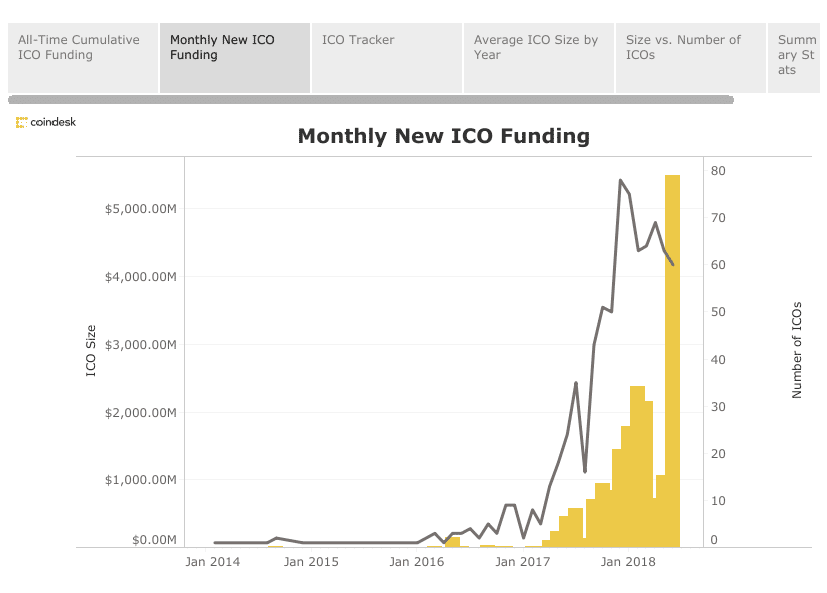 The SEC’s Criticisms Began Last Year, With the Entrance of Celebrities into the Blockchain Sphere

The SEC originally issued a warning to celebrity endorsers of cryptocurrencies and ICOs in November of 2017, saying in an official announcement that “celebrities and others are using social media networks to encourage the public to purchase stocks and other investments.”

Although social media influencers are still a relatively new presence in the cryptosphere, slapping a familiar face onto an ICO wasn’t exactly a new idea. In fact, celebrities had already been used to promote cryptocurrency products for months.

First, there was Floyd Mayweather–the boxer turned coin-shiller appeared on the crypto scene in July of 2017 with an endorsement of the Stox ICO “I’m gonna make a $hit t$n of money on August 2nd on the Stox.com ICO,” he wrote on Instagram, alongside a gratuitous photo of himself with literal piles of cash.

Then, in August, American rapper ‘The Game’ teamed up with former Miss America contestant Jess VerSteeg to promote Paragon, a coin that described itself as the fuel behind the ‘cannabis revolution.’ In September, celebutante and entrepreneur Paris Hilton tweeted her support of Lydian coin.

Of course, not all of these initiatives ended well for the celebrities–the founder’s of Mayweather’s Stox coin were indicted for fraud in May; the creator of Paris Hilton’s Lydian coin was later revealed to have been convicted of domestic violence. The Game was eventually added to a class action lawsuit against Paragon.

Nicc Lewis, CEO & Founder of marketing agency Expozive, said in an exclusive email to Finance Magnates that the tightening attitude against celebrity endorsements is evidence that indeed, “regulators are looking to crackdown on ‘fraudulent’ ICOs.” After all, “the general feeling is that with 46% failure rate, consumers should be protected.”

“The overall sentiment, though, is that if you have a genuine offer, you should be OK,” Lewis argues.

Exactly what a ‘genuine offer’ is, however, is questionable. The increased enforcement could mean that some startups are price out of the market–“smaller and medium sized offerings are going to find it harder to publish and find influencers willing to publish,” he said.

“Good business should have the ability not to be restricted and maybe regulation can help open ICOs to all media and advertising again,” he said.

Indeed, Facebook eased the restrictions on its crypto advertising ban in late June–perhaps other platforms will follow.