Weiss Ratings, an independent rating agency that provides grades on assets and financial institutions, released a set of grades on cryptocurrencies that rated the coins in areas such as risk, technological innovation, and other fundamentals. Bitcoin received a ‘C+’, Ripple a ‘C’, and Ethereum a ‘B’; none of the cryptocurrencies has received an ‘A’ rating.

Weiss noted that due to “rapid changes in the data”, its crypto ratings will need to be updated on a more frequent basis than “other sectors that [they] cover.”

The ratings caught a wave of criticism across social media.

Bitcoin and Ripple fans in particular decried the ratings as yet another example of FUD–fear, uncertainty, and doubt–intended to drive the prices of BTC and XRP down so that smaller investors would dump their coins and bigger investors could then scoop them up at a discount.

In addition to the outcry, South Korean hackers reportedly initiated a Distributed Denial of Service attack on Weiss’s website.

Bitcoin’s C+ rating put the coin just slightly above average. However, Weiss commented that Bitcoin actually does receive an A in one of the four indexes that the company used to determine the grades–the Fundamental Index.

Of course, however, the coin did “fall short in two other important areas”–Weiss’s Risk and Technology Indexes. Weiss cited “repeated price crashes” and “weaknesses in governance, energy consumption, and scalability” as the reasons for the low scores in these particular areas.

Indeed, Bitcoin does have some serious technological issues that are (and will continue to) prevent the network from being widely adopted for everyday use. The network’s ongoing scalability issue still hasn’t been resolved; transaction fees and times continue to grow respectively more costly and time-consuming. (Although, effective integration of the lightning network may be able to turn things around for Bitcoin.)

Additionally, the Bitcoin network actually does have a stunningly large carbon footprint on the globe–by some estimates, the Bitcoin network uses more energy annually than some countries. As mining difficulty on the BTC network continues to increase, Bitcoin’s energy consumption is likely to continue to swell.

Ethereum co-founder and former CEO Charles Hoskinson, seemed to think that Bitcoin’s status as a historical movement should have earned the network some extra points.

Any rating that doesn’t give Bitcoin an A has got some screws loose. Nearly ten years of wealth creation, innovation, massive growth, proven resiliency against crashes and billions worth of infrastructure. And all without a leader. Bitcoin is the standard

While he isn’t wrong about the groundbreaking technological strides that Bitcoin has made over the past several years, Hoskinson doesn’t seem to be taking current market dynamics into account.

In some ways, Bitcoin is the ‘Model T’ of cryptocurrencies; when the T rolled down the streets of Detroit in 1908, some people were so shocked at the technology that they were convinced that the device was the product of witchcraft.

However, you would never see a model T on the road nowadays (outside of a historical event); that’s a good thing. While the Model T is the original standard, it would be ridiculous to compare it to the cars that came after it in terms of their ability to be used practically.

Despite the rather lukewarm rating, the price of Bitcoin has seen a small boost over the last 24 hours. 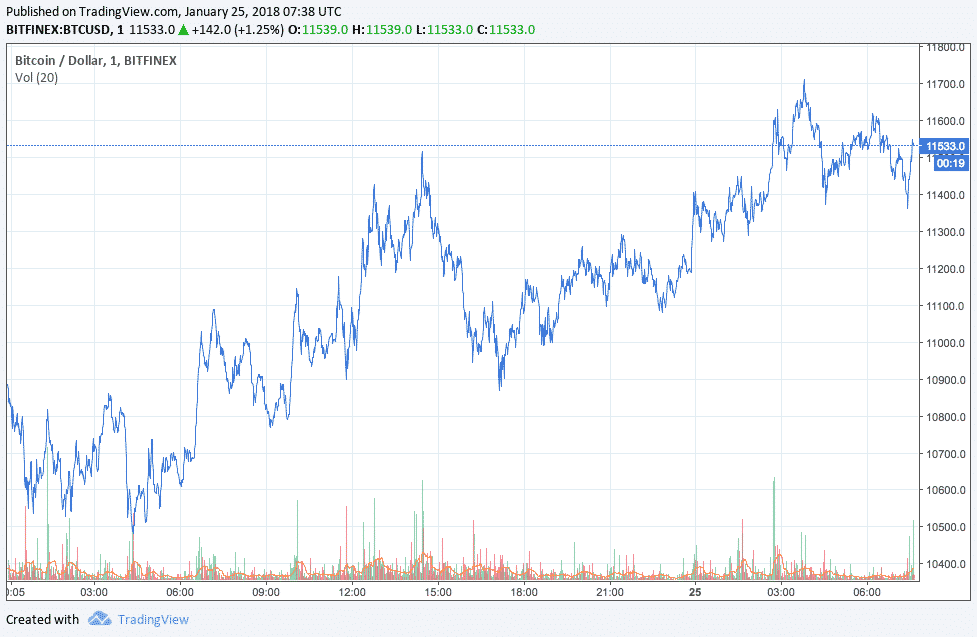 Ripple didn’t do very well in Weiss’s gradebook, either. Much to the dismay of its fans, the coin was marked down to a C for its repeated price crashes. What’s even more insulting in the eyes of many XRP fans is that the coin was given the same marking as Dogecoin, which is widely regarded as a sh*tcoin. However, Weiss explained (rather surprisingly) that Dogecoin was actually more widely used than Bitcoin Cash or the combined use of Dash and ZCash. 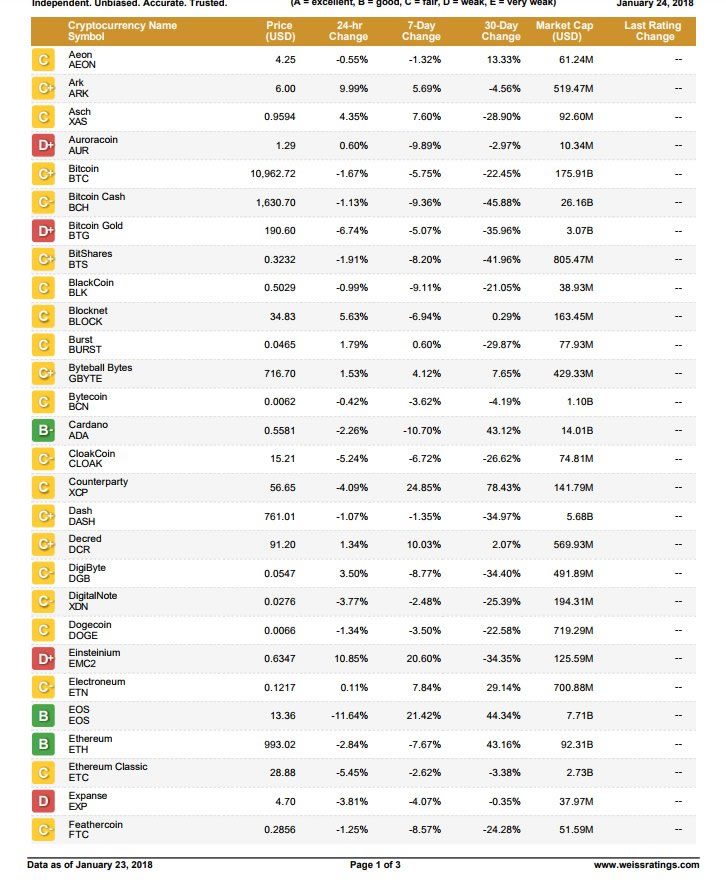 Ethereum actually did better than Bitcoin, receiving a B. Weiss noted that Ethereum “benefits from more readily upgradable technology and better speed, despite some bottlenecks.”

Some smaller coins, like Nocavoin and SaluS, received Ds for being “weak in terms of both technological innovation and adoption.”

In response to the widespread criticism on their ratings, Weiss sounded a rather optimistic note: “Thank you very much for your input! We take it very seriously. After all, ratings are not a science.” To see the full list of Weiss’s crypto ratings, you must sign up for its newsletter.

Failed to mention Charles Hoskinson’s new project #cardano #ADA that is top 5 in market cap and was rated with a B-.