South Korea, the country with the third-largest Bitcoin trading volume in the world, has announced the tentative planning of a bill that would ban the trading of cryptocurrency through exchanges.

South Korean Justice Minister Park Sang-Ki said that the proposed ban has come because of “great concerns regarding virtual currencies.”  Near the end of 2017, South Korean Prime Minister Lee Nak-yeon said that the trading of BTC had become a “serious pathological phenomenon” in his country.

Accordingly, Bitcoin has entered into a free-fall.  At the time of press, Bitcoin was trading for around $13,350, down from the valuation of roughly $15,000 preceding the revelation of the proposed bans. 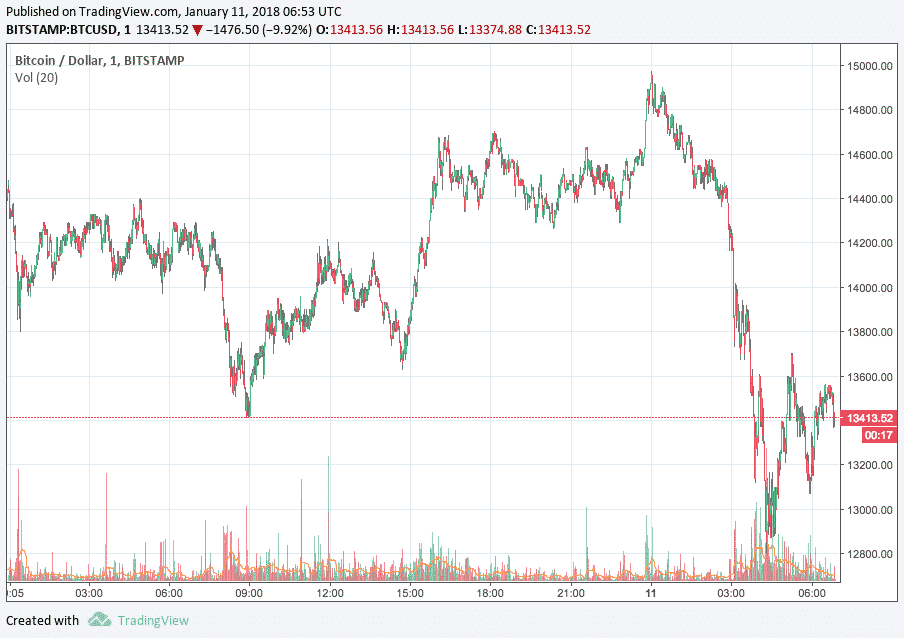 In addition to the announcement of the bans, South Korean cryptocurrency exchanges reportedly got a nasty surprise recently when police and tax officials reportedly raided their offices.  An official at South Korean exchange Coinone said that in addition to the raids, “local police also have been investigating our company since last year. They think what we do is gambling.”

This most recently proposed bill is the latest step in a series of South Korean cryptocurrency regulations. In September, the South Korean government banned ICOs; on December 12, the Financial Services Commission of Korea banned Bitcoin futures trading.

Later in December, a ban was placed on anonymous cryptocurrency trading accounts, a measure that was intended to reduce the use of crypto for illicit purposes and instances of minors trading on crypto exchanges. Additionally, the measure will theoretically make it easier for the South Korean government to tax gains made through cryptocurrency.

The Future of BTC?

The last time that the country with one of the largest BTC trading volumes in the world enacted a similar ban (when it outlawed domestic cryptocurrency exchanges in September of 2017), Bitcoin tanked. 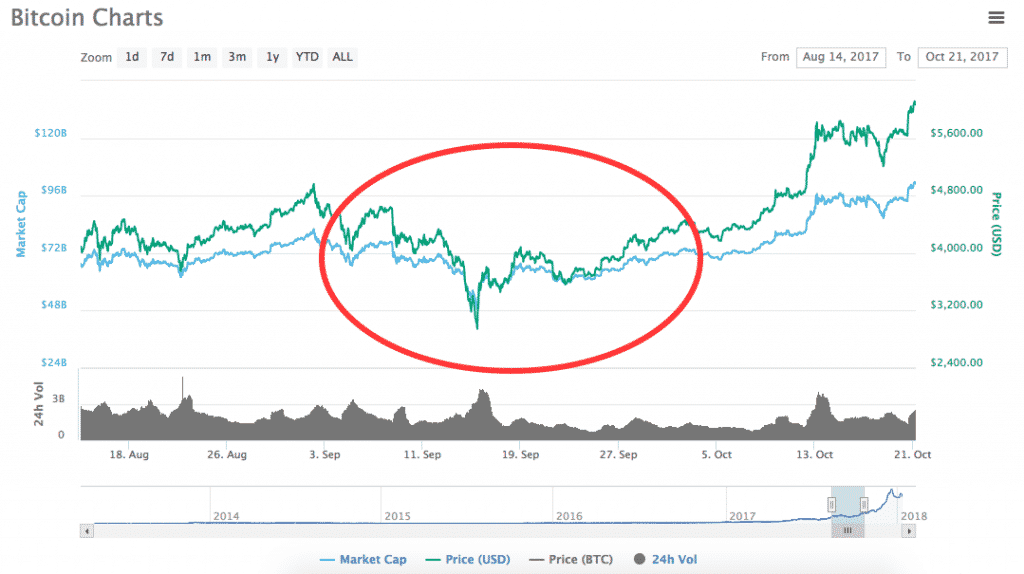 However, Bitcoin then went on to rise higher and more quickly than even some of the more bold analysts could have predicted, reaching to just under $20,000 before the end of 2018 (preceding market corrections).  If the past is any indication of the future, we might just be able to ride this one out.

UPDATE: Could Ban Rumours be FUD?

Despite the fact that the planned bill has been reported on many of the Western world’s most reliable news sources, including CNBC and Reuters, some in the crypto community believe that the ban is nothing more than a rumour being spread by crypto whales (individuals who hold large amounts of coins and are therefore capable of large-scale market manipulation).

As we know, with cryptocurrency (and with any kind of currency), the world must believe that it has value in order for it to be valuable. In the cryptosphere, the unflattering acronym FUD stands for three things that negatively affect the crypto hive mind (and coin valuations): fear, uncertainty, and doubt.

BREAKING: Korea #BTC #ETH Ban was FUD orchestrated to drop the prices so whales can buy.

The theory is that the rumours are an FUD-missile intended to drive the price of BTC and other coins down so that crypto whales can buy them up at a discount.

Nothing but time will tell the full story. The old saying is just as true – or even truer – in the crypto world as in the rest of the world: the only thing constant is change.