Over the last six months, Coincheck has frequently been on the news as a result of the largest ever cyber attack on January 26th where over $530 million worth of coins were stolen from the exchange. Since then, the exchange has closed and has been planning to re-open in the coming months. We take a look at the history and standing of the exchange.

Coincheck was founded in 2014 in Japan and saw steady growth in its standing throughout the years. Its founders were Koichiro Wada and Yusuke Otsuka, with the platform primarily targeting the Japanese market, with some interest in the global market. After only two years of trading, it grew to a position where it was able to trade at over $160 million a month in transactions. The exchange is also a member of the Japanese Blockchain Association (JBA).

The wallet and exchange used P2P trading and was working with the government of Japan to promote bitcoin in the country. It stood out from its rivals by offering a platform with multiple applications which fulfill different tasks in different ways. This way both investors with vast amounts of experience and beginners can have a good platform to use.

A security infraction in January cost Coincheck $530 million in NEM’s XEM tokens stolen as part of an illegal transfer, and it seriously affected the company’s name in the process. The NEM Foundation eventually ceased attempting to regain the lost NEM funds, which according to reports have already been laundered. This resulted in the Japanese government seriously looking at its regulations, and other crypto exchanges in the country looking to self-regulate. 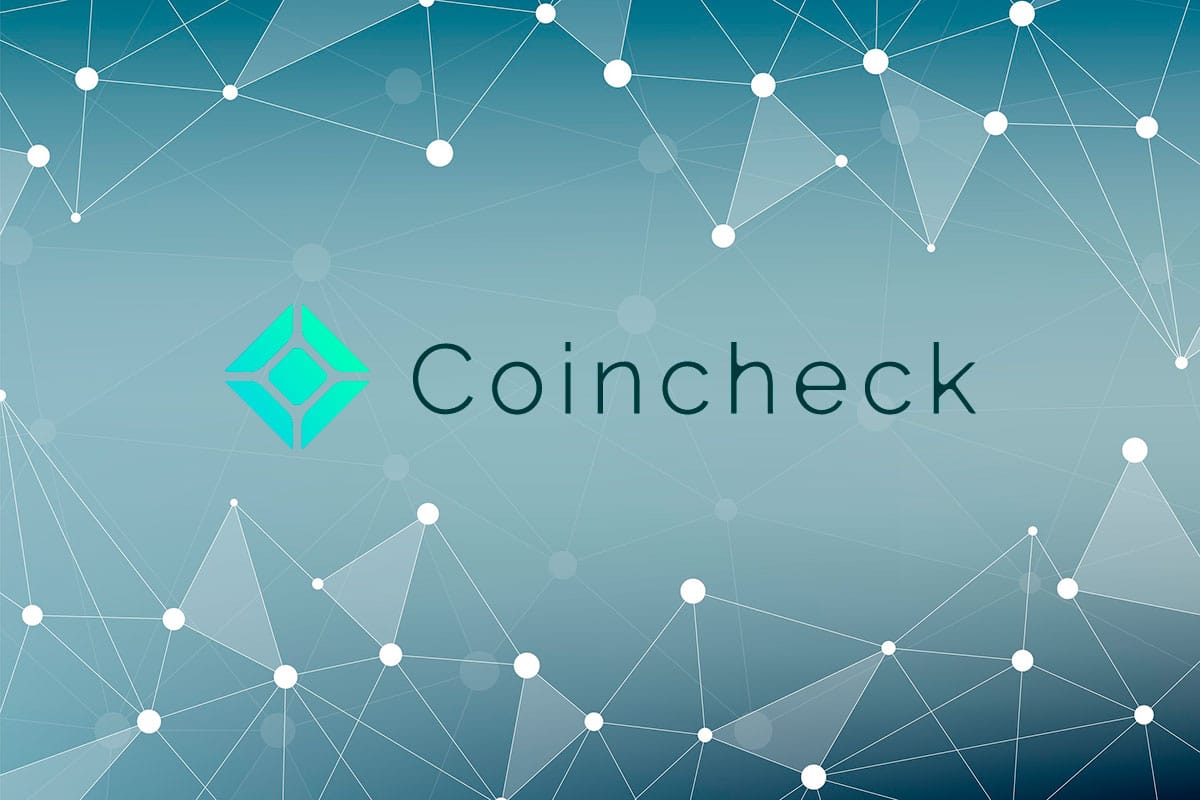 Coincheck allows for a large number of cryptocurrencies to be traded including Bitcoin, Bitcoin Cash, Dash, Ethereum, IOATA, Lisk, Litecoin, and Monera.

Fiat is available between Bitcoin and Ethereum pairs, but only in Japan where the exchange is based. International users do not have access to this kind of function due to regulatory frameworks.

Coincheck is currently offline at the moment, so there is no trading data available for it as such.

Coincheck provides an FAQ for the queries of customers as well as a contact form for questions that went unanswered. This can be found here: 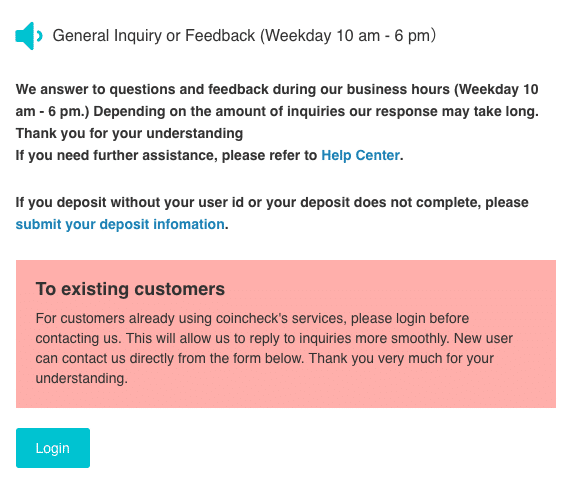 The wait times, however, have been known to be quite long and there have been trends of customers complaining, especially since the hack. Even before the hack, there were trends of Facebook users being unhappy with the fact that they were unable to make withdrawals or payments on the exchange. One has to take this feedback with a pinch of salt given that at times it can be the users’ own mistakes that result in the site not functioning properly.

It’s also important that this site is primarily for Japanese users and as such the English translation may at times be flawed and not answers questions in the way a user might like.

Coincheck does not have an official license, but was still allowed to conduct operations before and after their attack

Coincheck undertakes the more common steps of security from larger bitcoin exchanges and last year it even enhanced its customer procedures for citizens of Japan. Their usage of hot wallets instead of cold wallets was a big problem, and they faced warnings by the NEM Foundation and Japanese Regulators to enhance their security before they were breached.

The exchange utilizes two-factor authentication through SMS and Google Authenticator on iOS or Android.

Coincheck warns customers not to utilizes the same password on several websites, though states that 2FA will secure their accounts even if a hack does occur where passwords would be seized. After NEM hack, however, this seems untrue.

They also utilize Secure Socket Layer client certificates for more secure usage of the site, which is supposed to protect users from entering details in the even the website is compromised.

The exchange is based in Japan, and since the hack, the regulation has tightened in the country so potentially can make it harder for individuals looking to get involved in crypto.

At this moment, the function for creating accounts is suspended, and users cannot register at this moment in time. Accounts are normally relatively simple to create and can be used for novice traders and institutional traders.

The steps for verifying the identity of a user include:

·       Document verification which is done with a passport, driver’s license, etc.

Corporate registrations follow similar steps, but customers also have to offer a selfie of an executive with their Identification being held up in their hand.