To many people, being a “YouTuber” is the dream job. Rather than waking up early to head to the office, you can sleep in until noon and work on your own time, uploading videos as you please.

Whether you like playing video games all day or creating makeup tutorials, there’s really something for everyone on the platform. And in case being your own boss wasn’t enough, top creators are making enough every year to make even some of the highest paid professions envious.

With that in mind, it’s not surprising that so many kids today are dreaming less about becoming professional athletes and movie stars and more about becoming famous on the platform now owned by Alphabet.

In 2017, YouTube rolled out changes to its policies around monetization and content requirements for creators, a change that would later become known by the community as the “Adpocalyspe.”

Many popular YouTube channels saw significant decreases in revenue as the platform tightened up its rules regarding monetized content. Now, content creators across platforms are witnessing more monetization pains as they begin looking to other platforms for potential improvements.

At a time when many are complaining that Alphabet’s YouTube needs legitimate competition, here are some of the platforms looking to take on the new media giant.

Besides YouTube’s so-called “Adpocalypse,” creators on various platforms continue to struggle with a combination of censorship and high fees. Patreon, a platform designed to enable viewers to subscribe and contribute to content creators directly, has recently come under fire for recent moves to ban many account holders.

When the platform was first introduced, consumers used it as a way of supporting their favorite content creators in the post-adpocalypse internet directly without worrying about content being non-advertiser friendly. However, as time progresses, many creators are learning of the limitations of the service.

After a series of decisions by Patreon to close the accounts of some well-known political and social commentators, some large names left the platform, citing issues with the political bias of the company.

Now, even the tool that was intended to circumvent the more traditional system of YouTube monetization is bringing more restrictions to its user base, leaving both content creators and consumers looking for more options.

Though enormous centralized platforms like YouTube, Facebook, and Patreon have impressive resources for handling their vast number of users, they also fall short from time to time.

In the past, Patreon has had some issues with payment processing that resulted in large headaches for creators expecting to be paid and that was only months after the platform announced a change to its fee structure placing the burden of processing fees on patrons — a change that would ultimately be rolled back after public backlash.

At the same time, YouTube comes with its own set of issues for creators. The platform is notorious for not giving away too much information about its video-picking algorithm that decides what content users see in their suggestions.

For creators whose channels (and paychecks) live and die by the algorithm, this forces creators to produce constantly to keep up and, in some cases, ultimately burnout.

Couple that with the adpocalypse and the fact that creators are only seeing half of the ad revenue they generate for the platform and it’s easy to see why some creators find things difficult.

Is There Any Real Competition?

Both creators and consumers can complain about fees, limiting policies and concerns about censorship, but the greater issue lies in the lack of competition platforms like YouTube, Facebook and Patreon have.

With a company as large as Alphabet, it’s difficult to see any real alternatives to YouTube for creators, but that doesn’t mean it’s not possible. In fact, there are now some interesting new players in the online content creation space looking to capitalize on the frustration and headaches users have with the current status quo.

In response to the large centralized platforms, new decentralized options are entering the space to offer alternatives.

One of the more well-known platforms to start competing in the space is Steemit. The Reddit-like platform allows users to post content on whatever subject matter interests them and the community works to “curate” content via an upvote system.

However, to keep more users engaged and utilizing the site, Steemit has its own cryptocurrency that pays users for their interaction and content creation.

Taking a different approach from Steemit is another decentralized alternative that’s implementing a universal basic income (UBI) for everyone on the site. Called HyperSpace, the platform takes advantage of cryptocurrencies as well by allotting every user a daily amount of the token.

Users spend these tokens as a way of directly contributing to creators they enjoy the most and help to amplify their content for more viewers. The interesting part is that users don’t need to pay for the tokens they spend on the platform; instead, there’s a base UBI received every day allowing for amplifying and supporting creators free of charge. 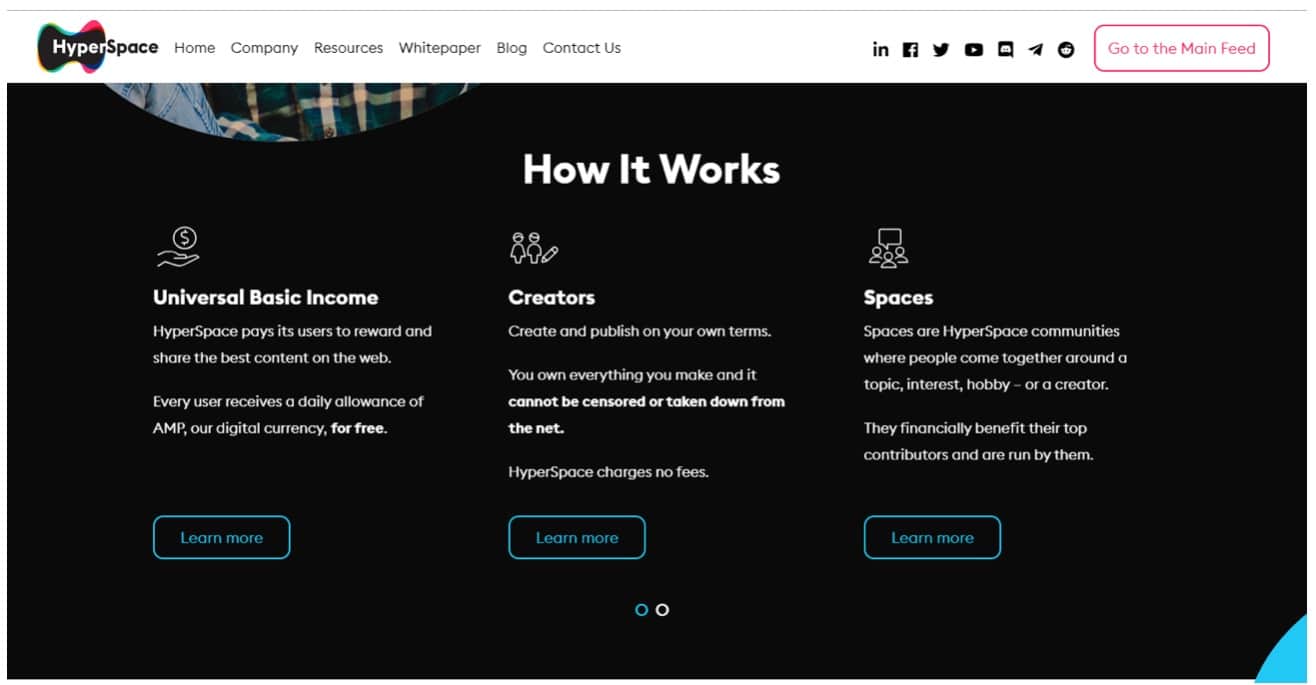 Ultimately, the more frustration and limitations large platforms place on creators, the more likely the industry is to see the rise of legitimate competition. At a time when being a famous YouTuber or other online personality is both so appealing and yet so difficult, consumers and creators both are turning to alternatives.

Given the nature of these large platforms, it’s looking more and more like the solution is likely to come from a decentralized platform that’s able to put the influence and power back into the hands of creators and consumers since they’re the reason for the revenue in the first place.

The real question now is which one will it be?