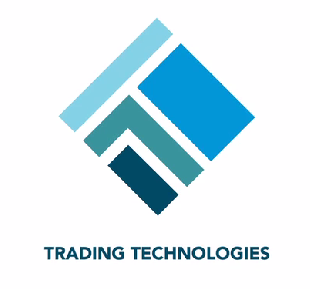 The new product is called Nextrader and is expected to become commercially available by the second half of 2014, and is positioned as a Software as a Service (SaaS), leveraging both co-located exchange proximity, and cloud-based trading capabilities.

The broker-neutral technology developer announced the new brand identity for the upcoming product at the FIA expo in Boca Raton that is currently underway, and said that the architecture was more scalable, in addition to the expected increase in its speed (when compared to its existing solutions).

It’s not uncommon for a company to announce a new breakthrough or product at an industry event, as Forex Magnates has had more than a dozen firms make similar first-time unveilings of new developments at events such as the iFX EXPO and Forex Magnates’ SUMMIT, on a number of occasions. Similarly, the announcement from TT, during the FIA expo taking place right now, appears to have been a strategic one in terms of the timing.

TT said the platform is uniquely flexible in that servers will stay co-located at the exchange, while a cloud-based infrastructure will enable ease of access and for clients to analyze trading activity in a fully-encrypted manner for security purposes, thus providing a two-tier architecture.

The advanced notice of the upcoming release seems to provide clients plenty of time to prepare as the company said that it will continue to support the existing X_TRADER platform as users migrate over to the new Nextrader platform.

The platform is used by many industry brokers and traders in the U.S. Futures markets to trade a variety of exchange-traded derivatives, including foreign exchange via the CME’s FX Futures business.

The platform includes the ability for clients to monitor markets and manage orders and automated trading strategies and is not limited to a desktop due to the nature of the cloud-based solution, including the software optimized for mobile devices. In addition, the official press release described that just like TT’s MultiBroker service introduced in 2013, Nextrader offers end users the ability to strategically shift when FCM clears an order.

Commenting in the official press release, Trading Technologies CEO, Rick Lane, who was described as the principal architect, said “TT is at its best when it’s building for what’s next. And we think the significant changes to the underlying architecture of this platform, combined with its accessibility, will put TT users in a commanding position to continue achieving their trading objectives today and tomorrow.”

Mr. Lane has just been appointed to his role as TT’s Chief earlier last month, as covered by Forex Magnates.

Also commenting on the announcement was Stefani Sandow, TT Product Manager, who explained, “We are really excited to move forward with this platform for several reasons, perhaps the biggest being that the new open architecture on which it sits will significantly reduce the software development timeline going forward. This allows us the freedom to iterate quickly, innovate often, and remain nimble as our customers’ needs change.”

Our site does exactly the same four years later lol