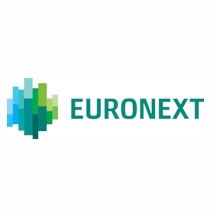 Euronext, an amalgamation of multiple exchange and asset class outlets, has announced its Q3 2014 financial results, highlighted by a revenue growth of 10.3% YoY, which came in at $139.6 million.

Euronext has been active in a variety of initiatives over this past year, including the expansion of a short-term maturity offering this past August. As a subsidiary of the IntercontinentalExchange Group (ICE), it handles trading and clearing across several asset classes, including derivatives and cash trading.

The uptick in revenue growth was fueled by sustained cash trading, market data business, and sustained listing activity. In particular, Q3 2014 listing revenues came in at $16.4 million, up 17.9% YoY from $13.9 million in Q3 2013.

Share this article
Tags: euronext / metrics
Got a news tip? Let Us Know