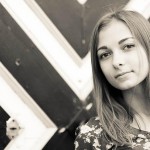 This guest article was written by Audrey Clark who is a freelance blogger covering a range of topics from careers and finance to travel and leisure, along with everything in-between. When not writing, she’s always on the lookout for her next adventure. Connect with Audrey on Twitter and Google+.

The financial services industry has still not fully shaken itself off of a debilitating string of probes and fines for the manipulation of foreign exchange (FX) and the London Interbank Offered Rate (Libor) interest rates.

Back in February, financial authorities from the United States, the United Kingdom and Switzerland fined six major banks for manipulating the aforementioned mechanisms.

Regulators stated the actions of these top banks were not only unlawful but were “the most serious case of market manipulation” they had ever seen. The accused banks “participated in a brazen display of collusion and foreign exchange rate market manipulation,” said U.S. Attorney General Loretta Lynch. As a result, the banks agreed to pay a settlement of more than $5.5 billion in fines.

As a part of the settlement agreement, Citigroup, JP Morgan, Royal Bank of Scotland (RBS) and Barclays admitted to conspiring to manipulate foreign exchange markets. UBS of Switzerland also pleaded guilty to Libor rate rigging, but was granted conditional immunity by the U.S. Justice Department because it was the first to report foreign exchange misconduct. Bank of America was also included in the recent charges. No individuals have been charged so far.

The fines are the largest federal anti-trust penalties ever levied by United States regulators, but the banks are not in the clear yet. By pleading guilty, the banks open themselves up to incur fines and lawsuits from investment management companies which have faced transaction losses and losses on pension funds due to their market manipulation. This could potentially mean billions of dollars in additional claims.

Since December 2007, currency traders at the aforementioned banks formed a group dubbed “The Cartel.” They interacted with each other in chat rooms and withheld bids and offers for currency trades at very specific times, thus allowing false bolstering of profits. The actions were “brazen” in that the companies blatantly hid information and took actions to steal from their clients’ profits. These actions persisted through January of 2013.

For example, one chat room exchange included a Barclays foreign exchange trader who desperately wanted to join “The Cartel” and take advantage of its trading practices in 2011. After others in the chat room had discussed whether this particular trader “would add value” to the group, one member invited him to join for a “1 month trial,” but gave him a warning: “Mess this up and sleep with one eye open at night.” Another Barclays employee wrote in a different conversation that “if you ain’t cheating, you ain’t trying.” Yet another trader reminded his peers that “the less competition the better.”

The Reach Is Far

This scandal marks the latest crackdown on systematic manipulation of financial markets by bank traders but it is certainly not the first. Last year, for example, European regulators accused precious metal fixers of market manipulation, which resulted in the removal of one of the market’s biggest entities, Deutsche Bank. Currently, Deutsche Bank, Barclays and JP Morgan Chase are among the ten banks under investigation for misconduct in precious metals trading.

Many are left wondering how bank traders are able to get away with their actions for so long. In this particular case of long-term Libor rate rigging, several critics blame British financial agencies, wondering if it was their incompetence, weak regulation or inability to spot deception that enabled “The Cartel.” In any case, the six banks have succeeded in manipulating the $5 trillion-per-day currency market since at least 2007.

U.S. Attorney General Loretta Lynch stated that their actions have impacted market behavior and trading around the world and, as a result, virtually every country and every economy has been affected to some degree. Major corporations, pension funds, investment bankers and everyday investors were negatively impacted by these actions. It remains to be seen if similar ongoing investigations of international market manipulation are successful in the future.