The Singapore Exchange (SGX) has just reported its volumes measures across its derivatives and commodities business for the month ending July 2016, which saw a generally uneven performance across its securities and derivatives operations, after a tepid rise in the month prior, according to an SGX statement. 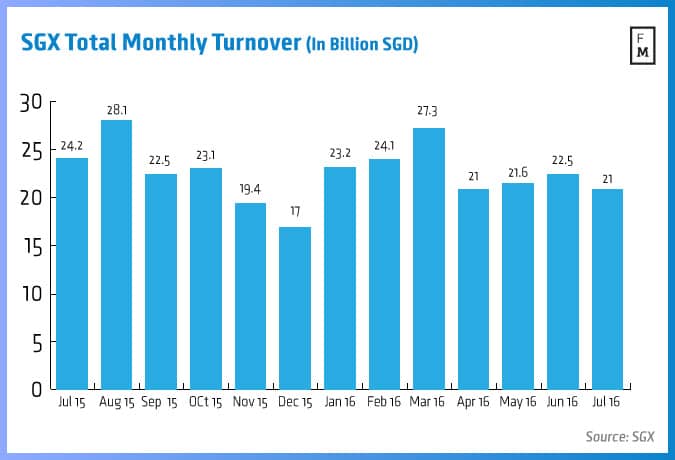