Singapore’s premier trading bourse, the Singapore Exchange (SGX), has reported trading metrics for the month of August 2015 across all asset classes. While volumes tend to be down from a strong month of July, SGC continues to perform well on an annual basis. 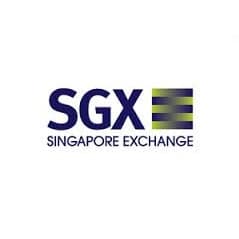 Overall, while derivatives volumes were up 82% YoY, the number of contracts was down 21% on a monthly basis, at 17 million contracts. This is indicative of a strong performance which was recorded for the previous two months. Indeed, in June, the bourse recorded a whopping 22 million contracts on its derivatives market.

FTSE China A50 Index futures remained the most active contract with volume of 8.4 million for the month ending August 31, 2015. This represents a 40% MoM decline, although the figure remains buoyant on a longer-term basis, with a 127% YoY increase.

In term of commodities, the monthly and annual picture remains consistent. Specifically, commodities derivatives volume fell 22% MoM but increased 285% over the year to 535,438 contracts.

Volume of SICOM rubber futures, the world’s price benchmark for physical rubber, was the only commodities derivative to post monthly growth, coming in at 60,047 contracts, which represents a 9% MoM and 95% YoY increase.

There were 2 new listings in August on Catalist, raising $40 million, bringing the total number of listed companies on Catalist to 164 and total market capitalisation of $8.9 billion. Year to date, $168 million has been raised from new listings on Catalist.

Singapore, one of Asia’s largest financial centres, benefits from being an open marketplace for neighbouring countries whose capital markets environments are closed to foreign investors and/or are underdeveloped. Indeed, recent changes by the People’s Bank of China to the RMB reference rate and a volatile Chinese stock market led to record volumes for Chinese derivatives at the SGX in August.