Activity from China is helping drive record trading volumes at the Singapore Exchange (SGX). According to the exchange operator, all-time records were hit in both its USD/CNH and FTSE China A50 futures products.

The record USD/CNH volume occurs as the People’s Bank of China (PBOC) surprised the market by lowering its reference rate of the Renminbi (RMB) by 1.9% on Tuesday. That move was part of three changes taken this week. Overall, the rate cuts have devalued China’s currency by 4% this week. 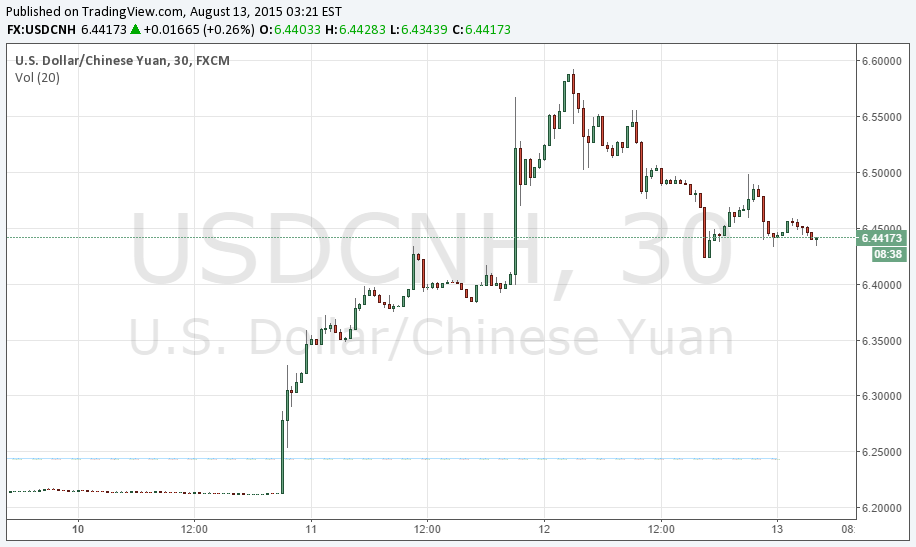 In addition to the PBOC’s actions affecting the RMB and currency markets, China’s stock market has been leading global equity indexes in volatility this year. After rallying from below 2,500 in November 2014 to the end of 2014 to a peak of 5,178 in June, the Shanghai Composite Index fell about 33% to nearly 3,500 in July.

For the SGX, the moves in stock prices have been a boon for its FTSE China A50 futures product. During July, the exchange recorded record contracts traded of the product, with overall monthly volume of 14,149,600 contracts. The figures calculated to average daily volumes of 615,200 contracts or $6.5 billion in notional value.