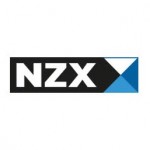 Following a non-binding heads of agreement to acquire 100% of Apteryx in June, NZX signed the sale of purchase agreement on August 7, of which all completion conditions have now been met.

In a statement, NZX said that it is “very pleased to welcome the Apteryx team to the group and looks forward to driving growth in this business.”

Indeed, with the purchase of Apteryx, the exchange operator hopes to take on rival firms, FNZ and the ASB-owned Aegis, to increase the company’s share of the $50 million per annum investment ‘wrap’ services industry, which manages, trades and administers investors’ portfolios.

The purchase price is reported by the New Zealand Herald to be $1.5 million with an ‘earn-out’ based on the platform tripling its funds under administration to $3 billion by next September.

Apteryx had annual revenues of about $1.2 million in the year ended March, with more than $1 billion of funds administered on its platform.

As a major player in a small market, NZX takes its role seriously to help build and contribute to the development of the overall operating environment in the antipodean nation.

The wealth platform industry in New Zealand is underinvested in and not that competitive…we need to make that investment.

In a recent interview with Finance Magnates, NZX Chief Executive Tim Bennett said: “In a small market, some of the infrastructural investments that you need to be competitive and efficient as a market are not necessarily made by independent players … NZX is committed to investing in and growing areas of the capital markets that are undeveloped and where we see value, with the benefits accruing to both the market and our shareholders.”

Specifically, the purchase of Apteryx is another step in this direction. As Mr Bennett explained: “The wealth platform industry in New Zealand is underinvested in and not that competitive. So if we are going to have more advisors and more investors getting good advice and open architecture, then we need to make that investment.”