The Moscow Exchange (MOEX) has reported its trading volumes for the month ending November 2015, which were underpinned by a staunch decline in its foreign exchange (FX) market turnover, according to a MOEX statement.

Derivatives market volumes also retreated across the board in November 2015, orchestrating a figure of RUB 9.3 trillion for the month – this was reflective of a fall of -7.9% MoM from RUB 10.1 trillion in October 2015. Despite the lackluster monthly performance though, November 2015’s turnover is still substantially higher than the same period in 2014, having registered a climb of 21.7% YoY from just RUB 7.7 trillion in November 2014. 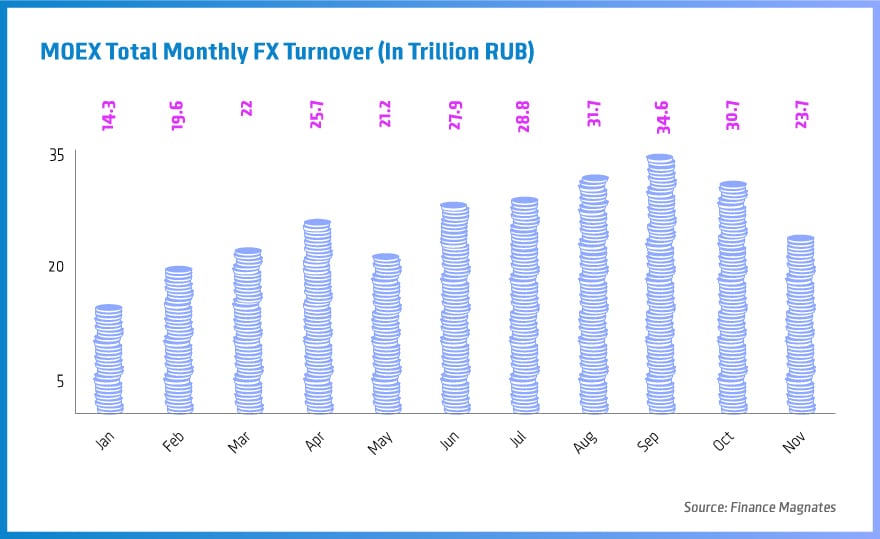