The Moscow Exchange (MOEX) has reported its trading volumes for the January 2015, which saw a pullback in its foreign exchange (FX) market turnover, essentially paring last month’s gains, according to a MOEX statement.

When weighed against its 2015 equivalent however, MOEX did manage to secure solid growth across its FX volumes, with January 2016 constituting a jump of 93.7% YoY from RUB 14.3 trillion in January 2015.

Finally, MOEX’s derivatives market volumes did orchestrate a healthy gain in January 2016, disclosing a figure of RUB 10.6 trillion for the month – this correlated to a rise of 7.1% MoM from RUB 9.9 trillion in December 2015. January 2016’s turnover is also higher than the same period in 2015, having registered a robust climb of 158.5% YoY from just RUB 4.1 trillion in January 2015. 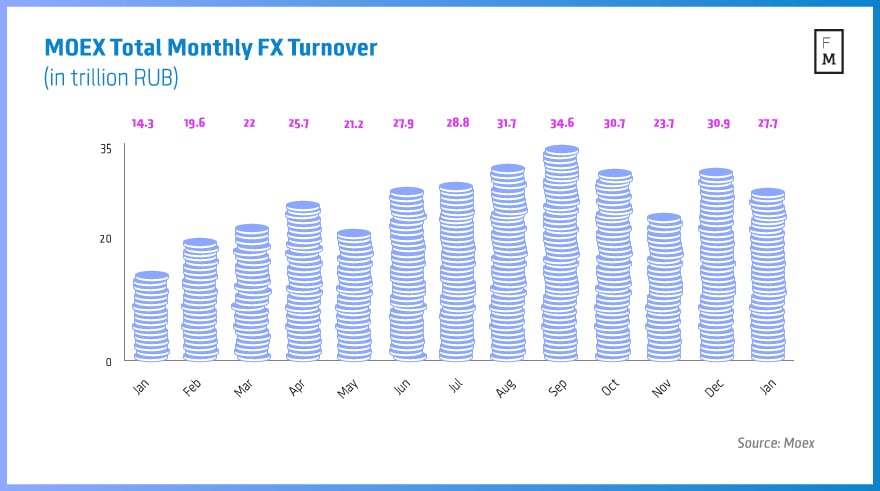