KCG Holdings, Inc. (NYSE: KCG) has reported its trading volumes for the month ending December 2015, having seen its figures rise slightly since the prior month, according to a KCG statement.

Last month, KCG Holdings saw its average daily US equities market making come in at $27.6 billion traded during November 2015, which marked an -8.9% drop MoM, along with a YoY decline of -5.8%.

During December 2015 however, KCG’s figures snapped out of a tight consolidation to orchestrate a tepid growth, with its average daily US equities market making coming in at $28.4 billion traded, or 2.9% MoM from $27.6 billion in November 2015. However, over a yearly timeframe, volumes did yield a decline, to the tune of a -5.6% YoY retreat from $30.1 billion in December 2014.

At the time of writing, KCG share prices have continued their largely unabated decline since the beginning of December, currently settling at the $11.00 handle ahead of the US open Friday. Despite the drop, KCG share prices still sit comfortably above its 52-week low of $9.75 set this past August despite a very low P/E of just 4.25. 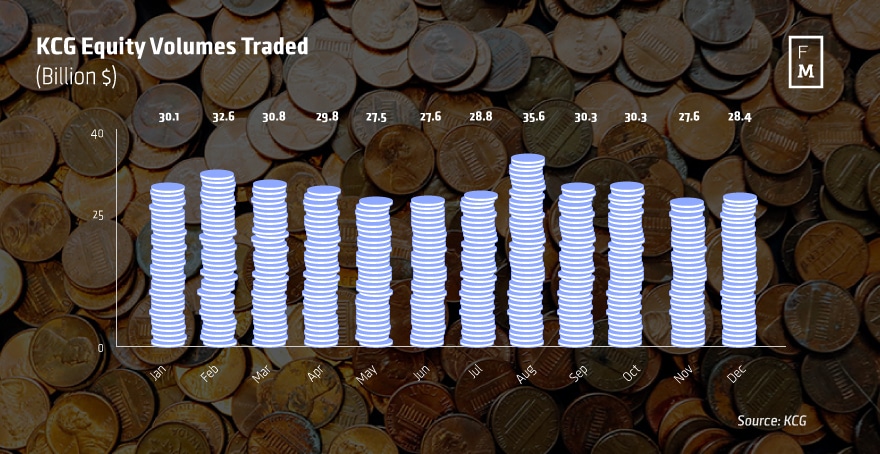