Japan’s paramount financial trading bourse, the Japan Exchange Group (JPX), has reported its consolidated financial results for the fiscal year ending March 31, 2016, which saw a strong performance across a number of key measures YoY, according to a JPX statement.

This trend was reiterated across the JPX’s net income for the same period ending March 31, 2016, justifying a figure of $417.1 million (¥45.2 billion) or 30.1% YoY from $320.6 million (¥34.7 billion) during the previous year. All of the aforementioned YoY growth intervals best their 2014 counterparts, which shaped up to be a much more profitable year for JPX. 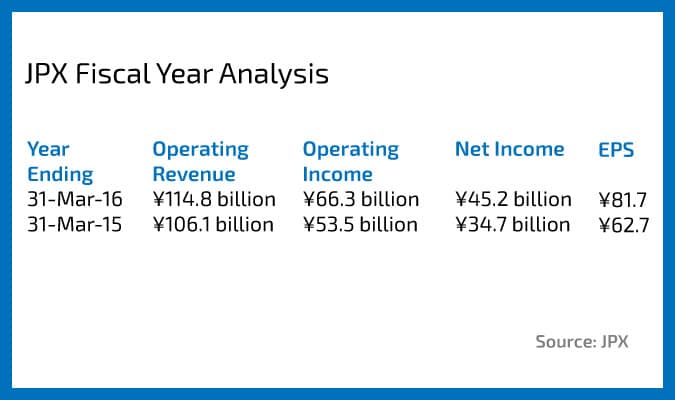 Share this article
Tags: JPX
Got a news tip? Let Us Know