The continent’s benchmark bourse has been enhancing its position through a number of strategic alliances and collaborations in technology and trading infrastructure.

The JSE has seen a rise in its revenues from figures reported a year earlier, the exchange reported. Its performance in the first six months of 2014, until June 30th, saw the group generate $82 million, a 9% increase from $75 million disclosed in 2013. The exchange saw an increase in revenue from its issuer regulation, post-trade services and market data divisions.

Speaking about the positive results, Nicky Newton-King, CEO of the JSE, pictured, commented in a statement: “These results prove the benefits of a more diversified revenue base as our Issuer Regulation and service divisions helped to counter lower values traded in some of our trading divisions. Our focus on growing additional business areas has helped to sustain the JSE’s financial performance.” 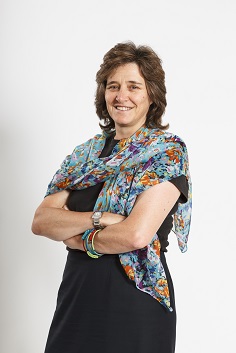 The exchange saw the highest benefactors to the gains in a number of key areas. In the first six months of 2014, there was a 27% rise in Issuer Regulation revenue resulting from an increase in capital raising of $8.1 billion, as well as new listing activity. It recognised a 22% jump in Post-Trade Services revenue when measured against the revenue from this area post-rebate in 2013. In addition, there was a 16% rise in Market Data revenue derived from a strong growth in new business.

The low-volatile trading environment has had a direct impact on the country’s equity markets with lower value of total trading volumes recorded, however the firm states that Equity Market revenue rose 5% against last year’s high base. A company spokesperson attributed this to a mix of trade types during the period translated into an average effective rate that delivered an increase in revenue.

The African continent is gradually developing its primary and secondary capital markets with more and more countries opening up new exchanges and enhancing their current infrastructure to accommodate sophisticated products such as financial derivatives. The JSE is at the forefront of the growth, its technology was used by neighbour, Zambia, when it launched its derivatives instruments last year in June.

The JSE has joined the ranks of a vast number of global exchanges offering liquid G7 FX futures contracts. In November 2013, it announced the launch of its new EUR USD derivatives contract, adding it to the existing portfolio of rand-based futures contracts.