Speaking about the results, CEO Nicky Newton-King said in a statement: “These results are significant, reflecting the impact of strong trade volumes as well as our investment in initiatives that grow the business. We are now realising benefits from the new Equity Market trading and information platforms, for example. The JSE will continue to invest in those areas of our business which will build long-term sustainability.”

South Africa, known for its exposure to mining related firms, has been benefiting from volatility in the price of precious metals which is impacting its major stock index. 2013 has been a positive year for the index which crossed a new high today on the back of QE3 and continued drive in the European markets. The all share index ended up 0.44% at 42‚685.35 points.

The JSE has seen a significant increase in trading metrics across all asset classes; FX futures witnessed a sharp rise in May where total volume reached $3.9 billion. 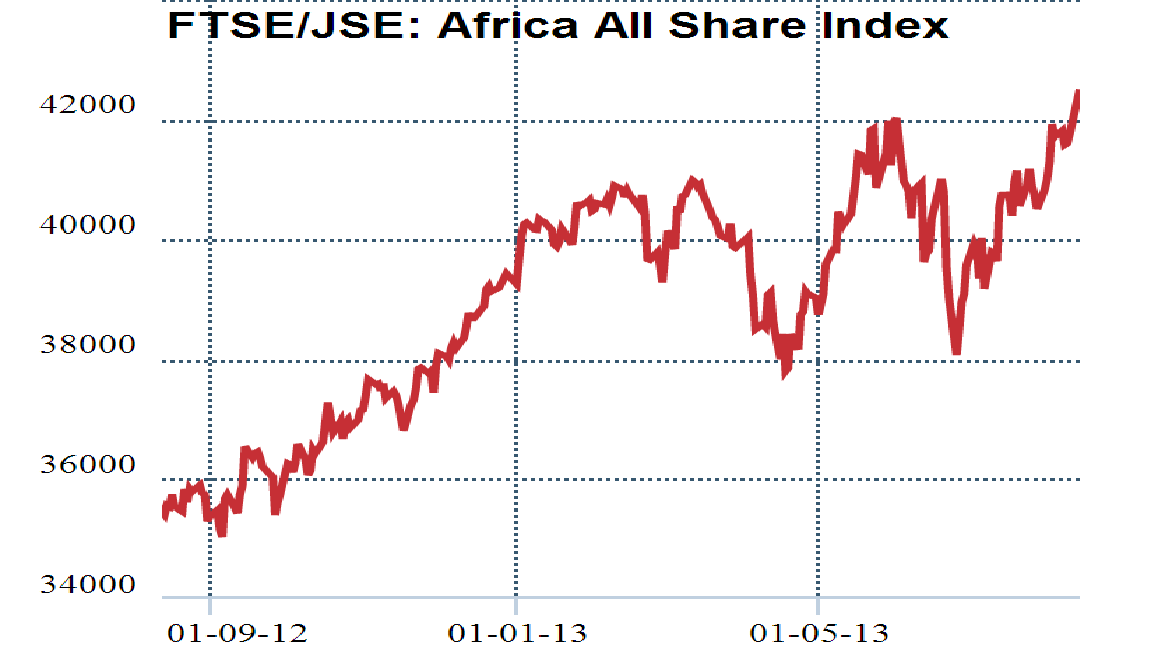 Share this article
Tags: exchange / fx
Got a news tip? Let Us Know