ITG (NYSE:ITG), an independent execution broker and financial technology provider, has reported its latest batch of volumes, this time for the month ending June 2016. Its latest US trading volumes were characterized by a surge in figures relative to May, according to a recent ITG report.

ITG’s total trading volumes had been in free-fall since March, having undergone a four-month ascension – since then however, its volumes have faded in a multi-month decline, which promptly ended in June. During June 2016, ITG reported its total volumes at 3.1 billion shares, notching a strong growth against just 2.6 billion in May 2016 or 19.2% MoM. 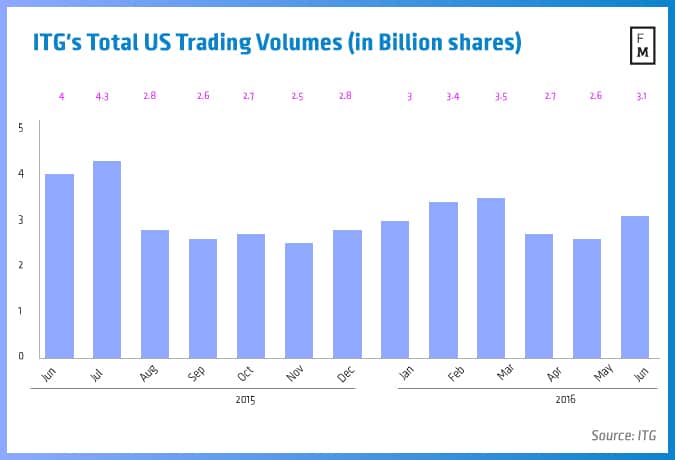 The latest surge constitutes the ‘Brexit effect’, which saw a groundswell of volatility and volumes during the latter stages of June. Given the success of the Brexit leave vote was not priced in, venues and exchanges worldwide saw heightened trading volumes amidst widespread uncertainty.