Global lender, Industrial & Commercial Bank of China Ltd. (ICBC) has agreed to a deal worth $765 million with Standard Bank Group’s (SBK) market unit in an effort to expand its commodities and fx offering, according to an ICBC statement.

The eventual terms of the deal result in ICBC purchasing 60% of SBK’s market operations, including an option for ICBC to buy out the remaining stake of the unit. Furthermore, ICBC maintains a five-year window to integrate an additional 20% share of SBK’s London-based operations center, part of a concerted effort to foster a yuan-clearing bank in the UK.

ICBC and SBK No Stranger to Dealings, London is the Prize 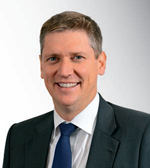 The two firms have a history of dealings with each other dating back to 2008, which saw ICBC purchase a 20% stake in SBK for a sum of $5.4 billion – this was followed by another 80% takeover of SBK’s Argentina market operations unit. According to David Munro, Head of Corporate And Investment Banking at SBK, “Standard Bank is not looking at selling other assets to ICBC. The bank’s remaining London assets will be regrouped into a new legal entity, which isn’t for sale.”

SBK maintains several divisions worldwide, however it was London operations drawing the interest of the Chinese lender. Indeed, the London unit offers a comprehensive suite of services including foreign exchange, equities, commodities and interest rates. Ultimately, SBK’s sale will help finance an initiative in Africa, tabbed the world’s second fastest growing region, at the expense of other non-African emerging markets company operations.

According to Johann Scholtz, Head of Research At Afrifocus Securities Ltd. in Cape Town, in a recent phone interview, “The sale will lead people to possibly re-evaluate their views on Standard Bank South Africa because there will be less drag from capital tied up in London. It’s obviously beneficial from a profitability point of view for Standard Bank and it removes uncertainty.”