FXSpotStream LLC, the bank consortium and provider of multibank FX streaming ‎aggregation and matching services across multiple asset classes, has reported its monthly ‎trading volumes for May 2016, which took a step back, ultimately paring the last ‎month’s slight gain, according to a FXSpotStream LLC statement.‎

During the month of May 2016, FXSpotStream reported an average daily volume (ADV) ‎of $16,060 billion, which represents a move lower over a monthly timeframe, as volumes incurred a ‎fall of -10.7% MoM from $17,978 billion back in April 2016. However, the latest figures constitute a jump of 26% YoY in terms of volumes from May 2015 and encompass all ‎of the group’s streaming and matching products.‎

Commenting on the news, Alan Schwarz, CEO of FXSpotStream, stated to Finance Magnates reporters: “In February we supported a record ADV of USD21 billion. Year on year we continue to see strong volume growth with May recording a 26% ADV increase versus May of last year. In addition, client growth for our streaming aggregation business in May year on year increased 23%.”

FXSpotStream is a wholly owned subsidiary of LiquidityMatch LLC, and was created as a ‎cost-effective platform, which is offered on a commission free model, for buyside firms to ‎tap pricing from banks using a multi-dealer aggregating platform.

The group started the ‎streaming aggregation business in 2011 with just a spot FX API and 6 liquidity providers,

FXSpotStream’s offering is a client to bank platform, with each liquidity taker required to ‎create individual credit relationships with participating banks.‎ This differs from other multi-dealer platforms such as FX ECNs like Hotspot and ‎EBS Markets that operate with centralized order book systems for their participants.

Last summer, FXSpotStream launched a new web-based HTML5 GUI to provide customers with greater ‎access to both placing trades and monitoring their accounts without the need to use the downloadable ‎platform. In terms of the group’s expansion plans, and after opening its London office last ‎year, it plans to open a new office in Tokyo next month to further support the growing business in Asia and ‎expand its sales and support staff in the region. ‎ 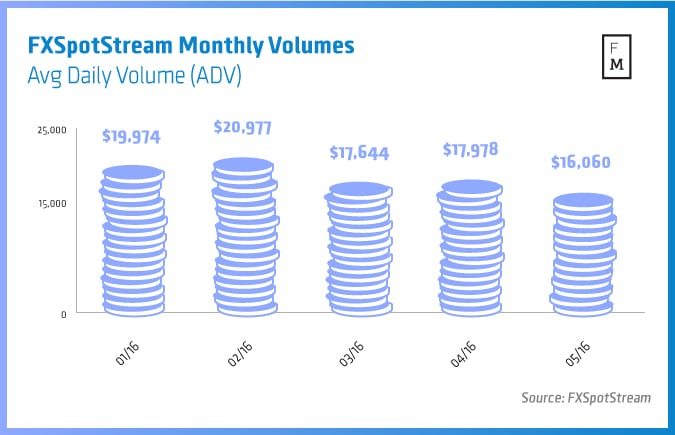