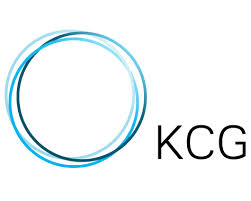 Low volatility and uncertainty about the US tapering debacle in the global trading environment have contributed to significant losses at KCG Holdings (KCG), as it reports results for the fourth quarter of 2013. The multi-asset listed broker has seen profits tumble on the back of a difficult trading environment. Overall, industry participants saw difficulties in Q4 of 2013, with volumes slumping after a strong Q2 and Q3.

KCG reported figures for the last quarter of the year, the three months from October to December, additionally it reported certain ongoing costs from the merger between the two market-making giants, Knight Capital and Getco.

KCG’s assets in custody have dropped from figures reported in September 2013. The broker had $674.3 million in cash and cash equivalents, a reduction of 15.5% from Q3 when the firm held $798 million.

The firm’s total outstanding debt was approximately $657.0 million.The company had $1.5 billion in stockholders’ equity equivalent to a book value of $12.33 per share and tangible book value of $10.67 per share.

Daniel Coleman, Chief Executive Officer of KCG, spoke about the firm’s performance in the official press briefing, he said: “During the fourth quarter, KCG again delivered positive financial results on an operating basis. We continued efforts to bring the firm’s assets and resources into alignment and achieved the projected cost synergies from the merger well ahead of schedule, with additional savings yet to be realized. In addition, we began aggressively paying down debt. We’re intent on becoming the leading, independent, global, multi-asset class securities firm. And, while much work remains, we’re grateful for all that has been accomplished at such an early stage.”

Market makers have suffered on the back of low volatility and interest rates in the US equity markets, however competitor INTL FCStone Inc reported promising results during the same period. The US broker reported operating revenues of $478.4 million for 2013, up 5% from $454.2m in 2012. The firm’s full-year earnings were $12.4 million.

Although market conditions haven’t favoured market makers, KCG has a backlog of debt which has directly impacted its current earnings. The firm reported in January 2014 that it had completed an additional $100 million principal repayment on the Company’s $535 million first lien term loan. In addition, the firm states that it has completed a total of $400 million in principal repayments since entering into the loan on July 1, 2013, fully satisfying the amortization payment of $235 million due on July 1, 2014, and leaving a remaining outstanding balance of $135 million.

KCG’s spot FX division, Hotspot, is fast positioning itself as a leading ECN competing in the fragmented institutional FX environment. Trading volumes reported in 2013 were significantly higher than those reported in 2012. With dealers such as EBS facing hurdles, the scope for alternative providers such as Hotspot is open as the institutional market faces new regulatory and operational challenges.

Share this article
Tags: ebs / forex
Got a news tip? Let Us Know