CLS Group, a provider of risk mitigation and operational services, has released its volumes and aggregation services data for January 2016, looking to reverse a recurring downtrend that has afflicted the exchange since August 2015, according to a CLS statement. 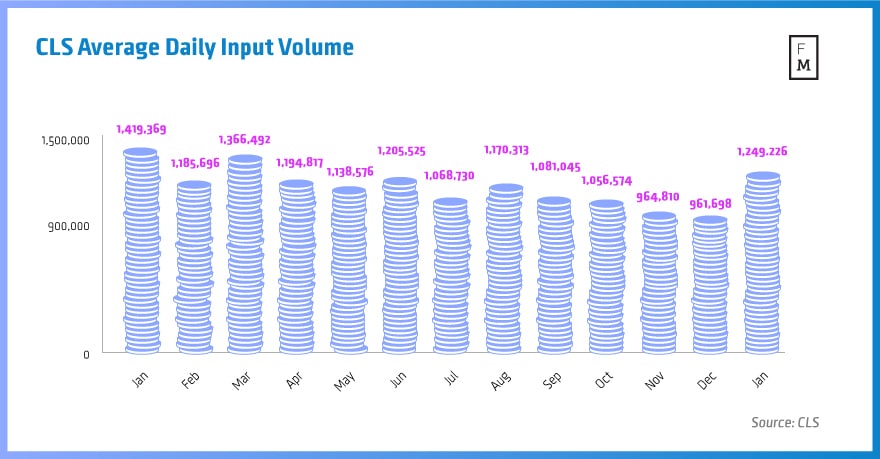 In addition, the average daily input value submitted to CLS in January 2016 yielded $4.84 trillion, justifying another strong area of growth for the month after rising 8.3% MoM from just $4.47 trillion in December 2015. Ultimately however, this figure was pared by its 2015 equivalent, having seen another YoY retreat of -8.9% from $5.31 trillion in January 2015.