TD Ameritrade (Nasdaq:AMTD), one of the largest brokers for retail clients in the United States, has reported its monthly metrics and turnover, which underwent a slight decline across a few different measures MoM. 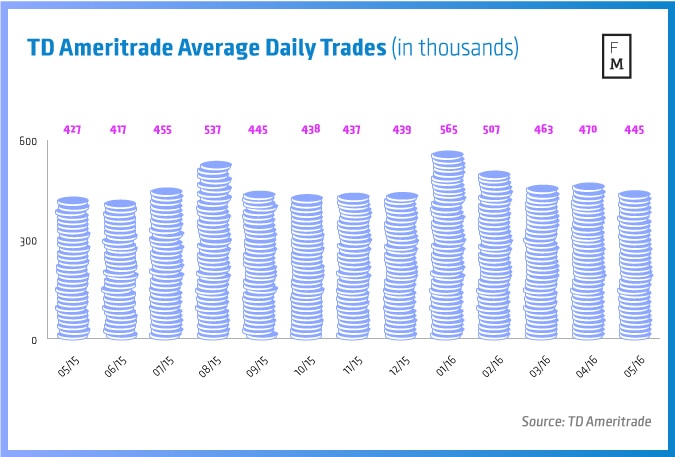