Leverate has fortified its presence in Asia, culminating in the inception of a new branch in Shanghai, whilst recruiting FX specialist Andy Zhang to help facilitate the firm’s ambitions with Chinese clients, according to a Leverate report.

Last month, the financial technology provider made headlines with the announcement that CEO, Ran Strauss was relinquishing his role and stepping down – a replacement candidate has yet to be named.

The new Leverate office will be strategically located in Shanghai’s Huangpu district. The office builds upon an existing presence in the region, with a parallel office in Hong Kong. The move into Shanghai is the first major move since Itai Damti, Leverate’s Co-Founder and Managing Director – Asia Pacific (APAC) was appointed to his role back in September.

Moreover, the new office in Shanghai will rely on the services of FX veteran, Andy Zhang, who will be assisting Leverate with bolstering the firm’s Chinese market penetration. 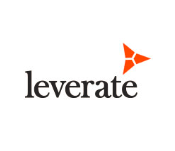 According to Mr. Damti in a recent statement on the office, “as evidenced by the huge response we’ve received about our Forex technology seminars held in Beijing and Shanghai, we believe a dedicated team in mainland China makes sense at this time.”

“We are interested in offering industry members in Asia step-by-step support in their native language, including guidance on cutting edge technology solutions, along with providing exceptional customer service,” he added.

“It is a pleasure to work with a company which has already established a reputation as an industry leader. The Shanghai office will give us an opportunity to educate and assist our clients at the highest possible level. This also allows us to form a stronger connection with our partners in the area,” noted Mr. Zhang in an accompanying statement.

Share this article
Tags: far-east / Leverate
Got a news tip? Let Us Know