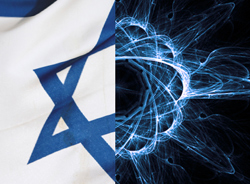 Israel is well-known for its role in the technology industry, with hardware and software origination from the country found in products and websites of many of the largest companies of the world. Lesser known is Israel’s innovation in financial technology (fintech).

However, this has more to do with e

xamples with Israel’s R&D contributions to giants like Intel, Samsung and Microsoft muting smaller fintech achievements. Among the most notable fintech deals of companies originating from Israel were ICAP’s purchase of Traiana in 2007 for $247 million, which also led to the British firm setting up a large portion of its R&D in Israel, and the IntercontinentalExchange’s $350 million buyout of SuperDerivatives announced earlier this month.

With fintech deals and venture investing leading the industry to become one of the hottest sectors in tech globally over the past year, interest in Israel is similarly rising. Two specific sectors where Israeli firms are being noted for their leading role in fintech innovation around the world are in the payments and online forex trading space. In regards to payments, Israel is becoming a leader in bitcoin and other alternative digital payment currencies, having one of the largest communities of bitcoin users in the world, as well as an emerging cryptocurrency related startup scene.

While perhaps not viewed as a traditional fintech product, forex related technology businesses in Israel have become innovators within their sector. In general, the forex sector is often referred to as lagging when it comes to technology, especially when compared to other asset classes like stocks. However, this is more of a misnomer than the truth, as unlike other asset classes, the $5 trillion a day forex industry is by nature highly fragmented, with underlying aspects of its technology not comparing to that of stocks.

In this regard, where forex is viewed as an innovator in technology is focused on areas of aggregating much of the fragmented data and liquidity into unified streams. This can be seen in the retail sector where social trading and copy trading in general offers a unified structure for traders to connect with different signal providers and trade leaders.

In addition, when compared to stock brokerages, whose client bases tend to be regional, API access available from global facing online forex brokers tends to be much more advanced. On the institutional side, innovation exists in the market-making and risk management level with products created to mitigate systematic risk and pre-credit trade checks.

Within Israel, retail focused forex businesses have become active participants within the burgeoning fintech industry, as they are marketing themselves as important elements of the local sector. This was the case in September which included multiple fintech events. Among them was the yearly DLD Tel Aviv technology, which included a number of fintech related events where startups presented their innovation in the backdrop of being active participants of Israel’s overall technology industry. 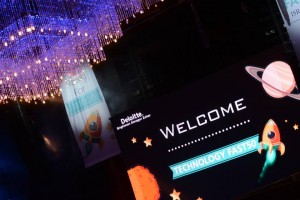 Also taking place were smaller individual events backed by leading banks such as Citibank, Bank Hapoalim and Bank Leumi which set up programs to sponsor fintech activity in the country (bank participation in backing fintech innovation was a topic of a story last week on B2B payments).
Participating in the local events this month were a number of forex related firms. Among them were Leverate and Anyoption which were included in Deloitte’s ‘Fast 50’ top growing Israeli technology firms. Also, representatives from eToro and Panda TS were featured among panel discussions about opportunities and the future of fintech.

What is interesting about forex related firms is that many of the firms involved can be referred to as category creators, instead of using technology to create a solution to an existing problem in finance. Arguably the most apparent example of this is in relation to binary options trading, of which providers are dominated by Israeli founders. A hybrid of forex and gambling products, binary options have introduced the concept of short-term financial products.

While mostly limited now to only binary options products, conversations Forex Magnates has had with a number of brokers and developers have revealed that new variations of short-term products is an area of interest that is expected to be built upon in the short and long-term.

Attending several of the recent fintech events of which his company’s clients were presenters, Tal Ron, who heads the law firm Tal Ron, Drihem & Co., expressed, “Tel Aviv is continuing to grow a spectacular amount of financial startups.”

“Financial Technologies continue to attract attention from international players like Citi, which founded its own Financial Innovation center in Tel Aviv,” he added.  “This, together with the increase of new platforms in the Forex and Binary Options industries, many of which have research and development centers in Tel Aviv, Herzliya and Ramat Gan, hints that the future holds greater opportunities yet to come.”

In regards to the future opportunities and new financial products among Israeli firms, in discussions with fintech professionals outside of the country, eToro and social trading often comes up in most conversations. In this regard, like robo investing firms which offer a low cost and smart way to invest for the long-term and has found interest from millennials, social trading is viewed as a modern way to attract retail customers.

However, exactly how the category fits into existing regulation and whether it can be adapted for stock trading is yet to be determined. As a result, fintech enthusiasts have pointed out to Forex Magnates that they very much view social trading as an evolving category, from which equities especially is wide-open for a leader to emerge.

Future May Be Institutional

Looking towards the future, lesser-known, but quite possibly what will become larger players of Israel’s fintech industry are institutional facing firms. Three firms to watch are TraderTools, TradAir and FluentTech Technologies, all of which have their R&D located in Israel and their products originating in the country. Of the three, TraderTools has existed the longest and is known for its liquidity aggregation technology.

A relatively newcomer is TradAir which was founded by former Traiana employees and provides what can best be described as an end-to-end single bank platform solution. What is interesting about them is that their initial marketing message was primarily focused on their back-end liquidity distribution engine which allows banks to price and distribute liquidity to both their customers and external ECNs. However, they have quietly attracted interest from the eFX industry for their front-end HTML5 platform, which was chosen by Tradition for their ParFX ECN.

Lastly, FluentTech has been able to carve a niche with its risk management software that solves latency issues existing with legacy FX Prime Broker products in handling pre-credit checks. Latency of calculating customer positions in relation to their collateral was believed to have led to Rabobank suffering a multi-million credit related loss and resulted in their exiting the FX prime broker business.

Overall, what these firms have in common is the use of modern technology protocols to provide more efficient methods in handling the above mentioned industry-unique connecting of fragmented markets.