Kensho, a US-based firm that specializes in advanced cloud-based intelligent computing systems has announced the procurement of $10 million in funding for its voice-activated research assistant, tabbed ‘Warren’, according to a company statement.

The company has been developing a Siri-like virtual research assistant, capable of advanced functions and tailored for asset managers, research teams and traders globally. The $10 million funding allotment was raised by a number of leading technology companies including NEA, General Catalyst, Accel Partners, Google Ventures, Devonshire Investors and a multitude of other firms.

Moreover, the joint venture from software engineers at both Google and Apple has culminated in an ambitious prototype whose function is aimed at shortening investment research cycles and serving as a multi-faceted research assistant capable of advanced voice commands. According to a Kensho CTO Pete Kruskall and Nicolai Krakowiak, Lead Engineer at the Kensho in a company statement, “Warren can currently answer a million distinct types of natural language questions about the impact of global events on asset prices, such as, “What happens to the share prices of energy companies when oil trades above $100 a barrel and political unrest has recently occurred in the Middle East? Furthermore, Warren will be able to answer 100 million distinct types of complex financial questions by the end of 2014.” 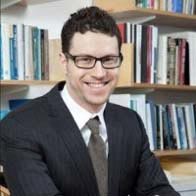 The technology is still being developed and the potential for a cache of knowledge at a trader’s fingertips is a huge boon for the industry. According to Kensho CEO, Daniel Nadler, “If you look at what Apple is doing with ‘Siri,’ what IBM is doing with ‘Watson,’ and what Google is doing with ‘Now,’ it is clear that the most powerful technology companies are investing immense resources to make virtual intelligent assistants ubiquitous before the end of the decade. Until now, we haven’t seen systems optimized for finance–one of the largest industries in the world.”

Warren will be built to cater to all asset classes, with the ability to draw upon a vast database, which is part of its ingenious design. Dr. James Shinn, Former National Intelligence Officer at the CIA, now a member of Kensho’s Advisory Board noted that, “Event-driven statistical analysis is a remarkably powerful lens through which to understand the world. The effects of geopolitical events on assets–such as oil prices, currencies and foreign and domestic equity volatility–is one of the least understood areas and, without technology, is one of the hardest, human-labor intensive, and costliest things to measure, despite clearly having massive effects on these markets.”

Indeed, the deciphering and repercussions of global events on these assets by Warren could potentially slash research costs across the board. The ability to instantly weigh and accurately measure the effects of stimuli across industries, namely forex, looks to promote more informed trading decisions in real-time. It is this type of aim that Kensho hopes Warren will be able to serve, an initiative that requires the most cutting edge technology.

According to David Jegen, Managing Director at Devonshire Investors, “Active asset management requires constant innovation to stay ahead, and we are just beginning to see how technology will transform existing approaches.”