For the first time this year, the total value of total FX contracts in Hong Kong dropped below the $300 billion mark to $299.9 billion, the lowest since August 2012, and down from last month’s figure of $303.5 billion.

During the second part of 2012 and first six months of this year, Hong Kong’s FX reserve assets increased to well over $300 billion, peaking at the end of the year at $317.3 billion.

This year, a consistent bank of assets has been maintained, at just over the $300 billion mark.

There were no unsettled forward contracts during July, and the total foreign currency reserve assets of US$299.9 billion represent over seven times the currency in circulation or about 51% of Hong Kong dollar M3. M3 being a measurement used in the jurisdiction to monitor monetary supply. 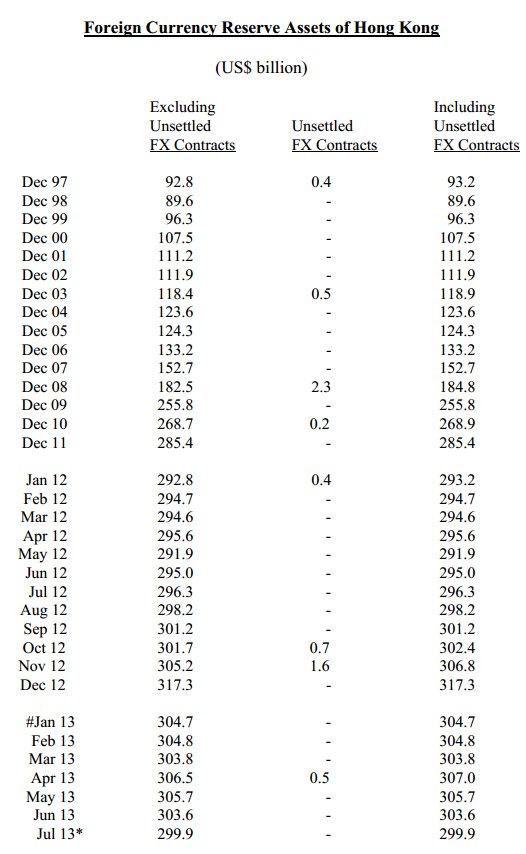