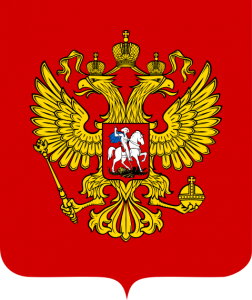 The Russian Parliament postponed a vote on the second reading of the long pending forex regulation bill, just as geopolitical tensions are pressuring the ruble and bringing additional business to local FX dealers.

There is a certain element of lack of transparency regarding retail services offered by forex brokers in Russia as there is still no official regulatory framework in place. According to an announcement on the website of the Russian Duma, we are faced with yet another indefinite postponement of the second reading of the bill aiming to regulate off-exchange FX dealers within the country. What might be the reason for that? Suspicions across industry players are pointing towards protracted fights between different lobbies.

The Emergence of “Bank-Forex Trading”… or Not?

It is true that there has been a certain amount of doubt on whether the current version of the bill is ensuring a level playing field. A recent PR phenomenon across the Russian media alleges the emergence of successful forex brokerage arms of Russian commercial banks. All of this is happening as we all know that their counterparts in the West have clearly failed to grab market share, with DBFX and more recently Barclays Margin FX shutting their doors due to poor demand for their products.

However, according to local press reports it’s a different story in Russia – the banks’ experience in a regulatory environment and substantial financial resources are attracting customers at a rapid rate. At the same time, any postponement to the official regulations package could be making locally dubbed “bank-forex trading” more attractive as prospective customers are aware that they are already dealing with a regulated financial institution. It all just so wonderfully coincides to match with a protracted development of the Russian regulatory framework.

Russian commercial banks have been stepping into the foreign exchange space with Alfa-bank and VTB 24 reporting substantial increases in customer numbers and trading volumes in 2013. However, with the methodology of the survey by Interfax that has already come under scrutiny, we can take these words with a grain of salt. Can customers really trust these banking brokerage arms more, since they are run by supposedly regulated and financially sound financial institutions, while at the same time the license number stated on Alfa-Forex’s website matches regulation under…. the British Virgin Islands (BVI) Securities Investment Business Act 2010 (‘SIBA’)?

Stepping aside from domestic entities, Russian customers could also increasingly turn to domestic and foreign brokerages that have the advantage of being regulated by respected entities worldwide, which is certainly an asset for their local clients. Since they have gotten used to not trusting many domestic financial companies with their funds, any alternative that passes through some regulatory scrutiny is considered safer.

The self-regulatory body CRFIN that was created by a set of Russian forex brokerages back in 2010 is likely to become one of the central pillars within the new regulatory framework. In light of recent events, some brokerages are concerned about potential conflicts of interest issues arising from the fact that a single mega-regulator will be responsible for forex brokers and commercial banks alike. This might be one more reason behind yet another indefinite postponement of a vote by the Russian Duma.

Meanwhile geopolitical strains are driving institutional volumes higher on the Russian forex market these days. Whilst the Moscow Exchange has reported record volumes in the month of February and judging by the recent moves, March could be even perkier. On the other hand, Alpari Russia has just released their February volumes and for now the change in the economic environment does not seem to have affected retail traders in a positive way.

According to Deputy Economy Minister Serguey Belyakov the country’s economy could be entering a “crisis” phase, as higher interest rates that were recently raised sharply by the Russian Central Bank to defend the Russian ruble are likely to stifle credit growth in an already stagnant domestic environment.

The seriousness of the situation is outlined in Thomson Reuters’ move to introduce a minimum tick size of 25 pips on the Russian ruble when traded against the euro and the US dollar. The move comes less than a year after the tick size was reduced down to 5 pips. The company appears to be worried that certain high-frequency trading companies might be jumping ahead of other customers to get in front of the queue. That said, the changes will be implemented only after the 28th of April.

In the context of the latest geopolitical events, which might lead to an expanded set of sanctions against the country, there is no knowing what could happen to foreign FX companies that are accepting deposits from Russia. A certain amount of skepticism is healthy when we talk about meaningful economic sanctions against Russia – a simple example is the fact that the country is the 11th largest export market for Germany and it is worth about €36 billion as of 2013. According to a German lobby group that is representing big businesses, about 300,000 German jobs depend on trade with Russia.

There is a reason to believe that the number of prospective clients for foreign exchange brokerages could rise as they could have more willingness to enter the FX market to protect themselves more efficiently from local FX volatility, especially in light of recent all-time lows of the ruble. A desire to hedge their income from a rapidly depreciating domestic currency could certainly be a factor. By depositing to an FX account, Russian residents could be covering their exposure by rapidly switching funds from a ruble account to a foreign currency account. The Russian ruble has depreciated about 10% since the start of the year, and it has all coincided with the escalation of the Ukrainian crisis.

Current events are certain to put a substantial amount of doubt onto the Bank of Russia’s plans to free float the ruble in 2015. While the lower exchange rate might increase the country’s competitiveness on the global markets, the Russian economy remains vastly tied to commodities exports. The recent action to dramatically hike interest rates in the country to defend the domestic currency is backfiring by constraining growth at already struggling businesses.

The Russian government’s growth forecasts are still quite optimistic even after being revised down to 2% in February. While the central bank is more conservative with its estimates ranging between 1.5 and 1.8%, the impending reality is that growth in Russia is not expected to pick up materially in the coming years.

With the Bank of Russia becoming the sole mega-regulator in the country after September 2013, many market participants are focusing on 2014 to become a breaking point with the official regulation becoming a reality for FX businesses operating in Russia. There is still time until the end of the year, however the position of a new forex regulation bill on the current priority list of the Russian government is not likely to be very high, especially in light of recent geopolitical tensions.