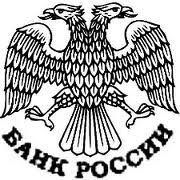 Proposals are being made by the country’s banking regulators on the feasibility of regulating Forex trading, with emphasis on limiting leverage and governing advertising, Russian media reports.

Russian FX brokers serving domestic investors could soon been under the regulatory radar, the central bank has been discussing a framework that regulates OTC currency trading, an asset class that is currently up in the air. The authorities have put forward a second reading to the parliament in relation to the new regulations. Serguey Shvetsov, the First deputy governor of the bank of Russian has been spear-heading the campaign. Mr Shvetsov, joined the bank in 2001 and has been prominent on various scales at the bank, He was appointed deputy governor in 2011. Mr Shvetsov was speaking at the Economic Forum where the states were made.

Mr Shvetsov commented (as reported in the media translated): “By the second reading we are working together with the government to make amendments that significantly change the advertising of this activity and will be removing from this activity, elements of fraud”, (quoted by “Interfax”).

Spot FX, is a regulated asset class in several jurisdictions across the globe, notably the UK, it has been front running legislation that governs the product in addition to its sister products, CFDs and Financial Spread Betting. Since the rise in FX trading among retail investors several regulators have apprehended the product, including, Japan (JFSA), Australia (ASIC), the US (CFTC & NFA) Singapore (MAS), Turkey (CMB) and Cyprus (CySEC).

Most recently, Turkey joined forces with advanced regulators in the authorisation of spot FX, with the regulator, the Capital Markets Board, placing leverage and capital requirements restrictions. Leverage has been a talking point across the globe, with the US and Japan taken steps that reduced the amount of margin traders can us to open position. The UK and Australia quite flexible in this regard, with one FCA authorised firm offering upto 500 to 1 leverage to retail investors.

“Russian has been developing its financial and capital markets in line with European standards, the current move is a step in the right direction and can only benefit, users and providers,” explained the compliance officer of a UK based firm of Russian origin.

Mr Shvetsov added (translated to English): “Europeans are offering 1 to 50 as the maximum cap, and specific (currency) pairs depending on the volatility, we also propose to do something similar. Perhaps during the second reading of the law, this idea will also be discussed.”

The regulations of margin products in Europe vary from state despite the implementation of MiFID in 2007. According to Forex Magnates research there are no leverage restrictions in Europe.

Leverage restrictions were thought to be the demise of FX trading in the world’s most established marketplace, Japan. However, traders have adapted their strategies to the higher margin requirements, in 2013 Japanese broker’s witnessed record trading metrics. On the other hand, FXCM recently reported that it was lowering margin requirements for various CFD contracts.

Share this article
Tags: fx / regulation
Got a news tip? Let Us Know

can you, please, put a link to the russian media article that quoted Serguey Shvetsov?

What's your thoughts on this Alex?

Most Russian origin brokers have regulations overseas, do you think people will appreciate this ruling?

There has been talk about this for almost a year now, I wonder how long it will take until we actually see any regulation implemented. While a lot of the Russian brokers are regulated abroad or simply offshore, I would imagine that the regulation would go down well with traders as long as leverage isn’t limited too severely.

Most traders want to see safety of funds and prevention of asymmetric slippage and other scams, but don’t want interference with leverage choices.