The margin call. That dreaded moment when the phone rings, and the dealer advises a trader that an account is at risk of being ‘zeroed out’ and action must be taken to bring it back into line by either depositing further funds to cover potential exposure, or positions should be closed to mitigate negative balance.

Australia’s financial markets regulator ASIC announced yesterday that Interactive Brokers has withdrawn the facility to offer margin lending to its Australian clients following concerns raised by ASIC that the broker’s license authorization did not allow it to provide margin lending facilities.

Trading Beyond Your Means

The receipt of a margin call and the need to act upon it by closing trades or depositing further funds often represents a barrier to those with a propensity toward gung-ho trading, however, it is an essential risk management tool for brokers and banks worldwide. 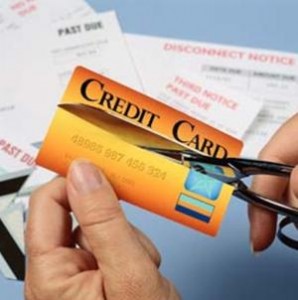 There are, however, circumstances in which this barrier is removed by brokers extending credit to traders to cover negative balances in trading accounts, allowing them to continue trading despite the account having passed the zero mark.

Regulator ASIC provided a time window between February and June 2010. during which issuers and advisers of margin lending facilities were able to apply for an Australian Financial Services Licence (AFSL).

Under this structure, margin lending was permissible by ASIC regulated entities, subject to the regulator issuing a license which permits such activity.

In this particular case,  Interactive Brokers has stopped providing new margin loans to its Australian clients as a reaction to the concerns raised by surveillance which was conducted by ASIC, a method which this particular regulator considers highly effective in monitoring the activity of financial markets companies operating in its jurisdiction.

Although margin lending is commonplace among institutional FX companies and among those providing liquidity to FX brokerages, where the security can be ascertained, it is less common and often less favorable to extend such credit to retail traders.

Forex Magnates spoke to an institutional company in London today to gain further opinion on this: “I think that a good broker should know their client as is required by most regulators. This means understanding a client’s financial circumstances and knowing whether a particular product or investment is suitable for a client. Providing credit with which to trade should only be considered in light of whether providing credit is suitable for a particular client given their circumstances” explained the broker, who requested anonymity.

According to this particular broker, the decision as whether to extend credit should be taken on merit: “If a review of the client’s financial position takes place, and their reasons for wanting credit and their intentions match up then it is not an issue. If this is not performed, then credit should not be given” he said.

“From my perspective, people shouldn’t speculate with money they do not have, in the same vein as that if you walked into any bank in Britain they wouldn’t advise you to buy a house with money you don’t have by taking an unsecured loan to put up as a down payment. There is no difference in my opinion. I am sure there are many cases in which retail traders take unsecured loans and then trade the money, my point being that regulators can put controls in place to stop clients trading using borrowed money, but a client can often still do this if determined to do so.”

Interactive Brokers LLC has advised its clients of this decision and made them aware of their potential rights. Individual clients may wish to seek legal advice on their personal circumstances.

The company’s existing Australian financial services license authorizes it to deal in securities, derivatives and foreign exchange contracts, however, the company has since applied to ASIC to vary its license to deal in margin lending facilities.

ASIC’s inquiries into Interactive Brokers are continuing, and the regulator confirmed that at this particular point in time, it has no further comments on the matter.

The article is unclear: was IB offering margin lending facilities in violation of ASIC rules, and only backed down AFTER Asic started to check in on them?

Just as an entry point back into market arises over next few weeks ASIC has screwed us with no leverage. I hope ASIC gives the AFSL asap , as its understood they initially had advised IB all was ok