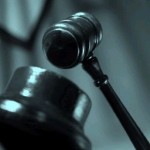 The NFA published a Complaint settlement with Global Futures Exchange & Trading Company (GFETC). Operating under numerous past and current brands including Global Futures, Lions Futures and TradingIndex, GFETC is a registered US Introducing Broker and Forex Firm with Kattayoun Hakimian its President. According to the NFA, as of February 2013, GFETC had 2,000 active futures accounts and 560 active forex customers.

Filed on June 2014, the NFA charged GFETC and Hakimian for failure to “maintain complete and accurate financial records, prepare accurate net capital computations, and comply with the equity withdrawal restriction” and to “adequately supervise the firm’s employees, agents and its futures and forex operations.”

The complaint was based on a 2013 exam of the broker by the NFA. According to the NFA, the review revealed that GFETC had deficiencies in their recordkeeping and anti-money laundering (AML) program. The deficiencies were similar to problems the NFA had discovered in a 2009 exam. As an example, the NFA noted that the broker didn’t calculate its net capital properly. The inaccuracies led to GFETC filing monthly and annual statements with error which they didn’t correct after being notified of problem in the middle of 2013.

Settling with the NFA, GFETC and Hakimian offered to pay a fine of $65,000 as well as not “admitting or denying allegations of the complaint.” Agreeing to the offer, the NFA announced that it would accept the $65,000 fine as settlement to the case.