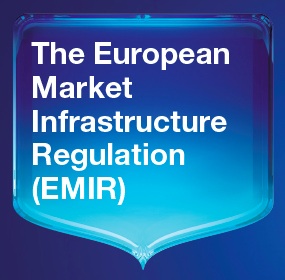 All firms which are active in the trading of FX spot and derivatives contracts are called by the Commission to submit their input regarding the matter of the definition of contracts which are required to be reported under the EMIR. According to the announcement, all contributions received between 11.04.2014 and 09.05.2014 will be published on the website of the EC. The commission proceeds to outline the specific privacy statement attached to the consultation for information on how the personal data and the contribution will be dealt with.

The resulting consultation is a direct result from the efforts of the European Securities and Markets Authority (ESMA) which sent a letter to the European Commission back in February asking for a clear definition of certain derivatives related to the implementation of the European Market Infrastructure Regulation (EMIR).

At the time the regulator had expressed its worries related to the lack of harmonisation between EU wide regulators as to the definition of certain FX forwards and raised the European Commission’s (EC) awareness about the lack of harmonisation between different EU Member States opinions on where the boundary between an FX financial instrument and a spot FX contract lies.

According to an announcement on the EC’s website, the Commission seeks stakeholders’ input on where they consider the above mentioned boundary should be set.

Back in February, the ESMA had asked the Commission to address the concerns raised in the letter with urgency as it was worried about the contradiction undermining the regulatory framework. Certain FX forwards (FX forwards with a settlement date up to 7 days and FX forwards that are concluded for commercial purposes) were exempted from reporting under the provisions by the EMIR.

The two regulators which have raised the alarm bells were the FCA and Luxembourg’s Commission de Surveillance du Secteur Financier (CSSF), which have stated that FX forwards are not derivatives contracts according to MiFID definitions. therefore the UK regulator has denied enforcing FX forwards reporting to the Trade Repositories (TRs).

Following is a link to the full consultation document published on the European Commission’s website which provides guidance to companies on how to submit their contributions.