Australian financial regulator ASIC has been active in its observational duties recently, and following last week’s enforceable undertaking (EU) from Halifax Securities for irregularities in its risk management procedure which was accepted as restitution, City Index Australia (CIA) has become ASIC’s most recent subject of scrutiny, this time over handling of client funds.

The regulator conducted surveillance and found deficiencies in CIA’s client money handling practices. In order to resolve this, ASIC has accepted an enforceable undertaking from CIA. 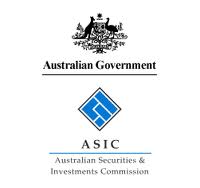 Industry surveillance is a practice which the ASIC is concentrating a considerable amount of effort on, having sourced an entire system in December 2012 from software consultancy First Derivatives in order to place firms’ activities under the spotlight on a detailed level. We are now seeing the results of this implementation in ASIC’s acceptance of two EUs just this week alone.

CIA is considered a financial services company under the license granted by ASIC, and the company’s conduct is therefore subject to financial regulations. CIA holds an Australian financial services (AFS) license that authorizes it to deal and make a market in OTC derivatives.

Under a condition of its AFS licence, CIA was required to comply with certain financial requirements. As an issuer of these financial products, CIA must also hold client money in accordance with the provisions of the Corporations Act 2001 (Cth) (Corporations Act).

The Corporations Act imposes a number of client money obligations including that client money must be paid into a particular type of account and must only be withdrawn and used as permitted by that Act.

Conditions of the EU

Under this particular EU, CIA must appoint an independent expert to review its business and develop a plan to rectify the deficiencies. The independent expert will report regularly to ASIC for the next 18 months on CIA’s implementation of the plan.

In October 2012, CIA paid two infringement notices issued by ASIC. In November 2012, ASIC began an investigation of the business, focusing on the following deficiencies:

ASIC Commissioner Greg Tanzer said this outcome comes as a result of recent work in the client money handling space.

‘ASIC warned the industry late last year that we expect issuers to know and understand their client money handling obligations, and to comply with them.

‘We are no longer facilitative in our approach to the regulation of client money handling practices and we will pursue issuers who fail to meet their obligations’, Mr Tanzer said.

In December 2012 ASIC issued a report on client money handling practices in the contracts for difference and margin foreign exchange sectors (refer 12-298MR).

The report followed a risk-based surveillance of 40 issuers of OTC CFDs and margin FX contracts.

ASIC issued a media release at the mid-point of its surveillance that set out similar concerns to those included in the final report (refer 12-108MR).

In July 2010, ASIC released Regulatory Guide 212 Client money relating to dealing in OTC derivatives (RG 212). The guide provides an overview of the statutory client money provisions and in particular, the specific provisions that relate to derivatives.

The Antipodes has been viewed by many forex and CFD brokers as a very convenient gateway to the Asia Pacific markets and as a result there is a proliferation of industry participants either based there, or with offices in the region. Initially, there were very few entry barriers to gaining ASIC regulation, however this scrutinizing of companies and placing them under the spotlight is testimony to the Australian regulator’s intention to tighten up the rules with higher capital adequacy requirements and the likelihood of being placed under surveillance.

Forex Magnates reported in February that the New Zealand FSP implemented its new rulings and began unregistering OTC firms which did not have physical offices in New Zealand or which were considered unsuitable firms to carry out financial service related business within the regulator’s jurisdiction. ASIC will no doubt be wary that some of the less reputable firms in that region will try to register with ASIC and in order to avoid this, stricter policies need to be in place.

Gone are the days when unregulated brokers from overseas could simply establish a sub-brand in Australia or New Zealand, apply for regulation and then carry out business from their overseas head offices using practices which do not conform to the regulators’ requirements.

he was replying to this guy Bucket 🙂 not calling them bucket