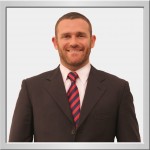 This article is written by Ron De Luca who is a senior risk analyst at Mercer Capital Ltd., a NZ regulated forex brokerage.

An unexpected announcement by the National Bank of Switzerland (SNB) to de-peg the Swiss Franc from the Euro caused the Franc to climb approximately 40% in a matter of minutes. Many currency brokers who seemed like solid companies became insolvent or were at risk of regulatory issues due to lack of capital requirements. These companies included FXCM and Alpari. I will explain how the proper risk management of a forex brokerage could have prevented this.

When the SNB made the announcement, many investors that were short on the Swiss Franc received margin calls. Under normal market conditions, the brokerage can exit the trades with their liquidity providers at will. In this case, the market moved so rapidly that the brokers were not able to exit the trade when their clients had margin calls. This led to crippling loses for these currency brokers.

Most STP (straight-through processing) brokerages segregate client funds in one way or another and have an equal amount of money aggregated in the banks providing their liquidity. This event proved that having client funds 1:1 at the clearing banks is insufficient. 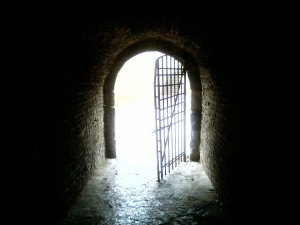 The brokerages that weathered this crisis and came out as industry leaders are the ones that had more than the total sum of their trader equity allocated to the liquidity providers. This is not the regulatory capital requirements which can’t be used by the broker for operations, but rather a percentage of broker’s profits that remains by the liquidity provider. Some brokerages have 2:1 ratios while others have as much as 3:1. In this scenario, the broker will sustain losses in such a drastic moving market, but not enough to seriously affect the operations of the brokerage.

(correction: an earlier publishing of this post erroneously included OANDA with FXCM and Alpari as struggling brokers when in fact they had only suffered losses and weren’t near breach of their capital requirements)

If you wish to become a guest contributor, please get in touch with Community Manager and UGC Editor Leah Grantz at leahg@forexmagnates.com

I don’t agree with this. Large brokers like FXCM have a prime broker and have credit agreements and plenty of capital, it’s not how much money was with each LP. If any they probably have few margin accounts with some LPs for backup. The reason Brokers lost is because of the STP a book model . With a large NET client long position across the broker in EURCHF, the common sense route is the STP that exposure and not take risk on a single large bet. They lost because they could not close out the client exposure. Once the client… Read more »

@Peter, agreed. Your explanation was much more complete.

And if a broker has a rule such as ‘negative account balance protection’ which essentially tells the gambler….err….client “trade however you want and if you blow your account, you can’t lose more than you deposit”, then that only multiplies the problem.

@peter, can you or someone else give a quick primer on the A book, B book that I keep hearing about? Thanks!

I don’t agree here either. FXCM and Alpari were hit by negative client balances, NOT negative credit or margin accounts with their PB or various LPs. The reason being is those clients were trading CHF on high leverage and when their stops (either from set stop losses or stop outs) were STP’ed they were not filled. The higher the leverage the larger the loss.

I blame the regulators for taking away the risk management tool known as hedging in the same account. The regulators should never have taken away the ability for clients to hedge. They made forex much more risky when they did that a few years ago. Hedging needs to be allowed again. Every client and broker should tell the regulators that hedging is needed or at least the ability to do so when desired.

Alpari and FXCM seemed to be in trouble. OANDA is posting all over the news that they are forgiving and refunding clients that lost on this deal. That doesn’t seem like they were in trouble. Check your sources.

I just moved my account out of FXCM to OANDA because of this.

sorry don't care about those scam mt4 brokers… I'm on Dukascopy feel much comfortable with them. just an amazing broker with great service and support.

Wrong, completely wrong. The brokers who earned money from this crises were the ones that were not hedging clients positions, that’s all… And client’s loss turns to broker’s profit, that’s as easy as this.

There is only one thing that caused this collapse and it’s the fact that the broker was an”A Book” broker hedging with banks. When their was no liquidity they were streaming prices that their clients orders were being filled at. In many cases the LPS delated these were off market and filled the trades at worse rates. This also means that stopouts were filled at the worst rates possible. All in A book brokers got screwed by their clients exposure. So much for a transparent business model. Working for broker myself I can officially say that the A book model… Read more »

All sending money to your prime broker at a 1:1 or 2:1 ratio does is increase your counterparty risk, it doesn’t decrease your risk to clients or the market.