In January, Forex Magnates posted that after securing additional funding, social trading operator Tradeo would be soon pivoting its business to become a stand along. Following a period of development and integration, the firm announced that it is now re-launching as a broker through a partnership with CySEC licensed YouTradeFX. As a partner of YouTradeFX, Tradeo customer accounts will be onboarded and held with YouTradeFX, but using technology of the social trading provider. In addition to Tradeo’s social platform, users will also have access to trading via MetaTrader 4.

When operating as a cross-broker social trading platform, Tradeo was among the firms listed by MetaQuotes as illegally connecting to its platform. Speaking to Tradeo CEO, Jonathan Adest about the matter, he stated to Forex Magnates that they have been in contact, saying “We’ve notified them in the past on our planned pivot. As we now support only one MT4 server, they have no additional claims.” 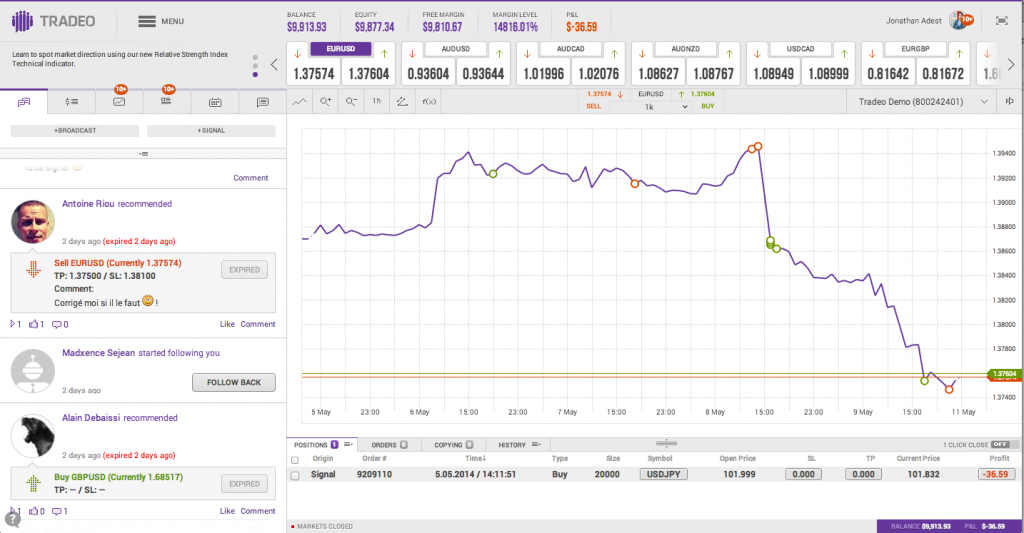 Speaking about YouTradeFX, Adest mentioned that they provide a regulated partner to offer their brokerage services with. For YouTradeFX themselves, the CySEC entity is rather new, as they only received their license in the country in the summer of 2013. In the firm’s public statement, Adest commented that part of the rationale to the transition from a multi-broker offering to a single broker model was due to customer confusion, saying “Without doubt, the number one issue we heard again and again was the complexity of our registration funnels, as we weren’t a broker. Users needed to open and fund an account with a recommended broker, then return to Tradeo to sync their account.”

The new venture is similar to the one launched by social trading network TradeCrowd in November, where they partnered with UK-based TradeNext to provide customer onboarding and regulation.