As someone who has been trading for over 15+ years, done over 5,000+ live trades, and meditated for over 6,000+ hours, I cannot imagine my trading career, or my life, without meditating. It would equal two totally different performances, and you probably wouldn’t recognize one versus the other.

Want to get a mental edge in trading? Here are 8 reasons why you should start meditating. 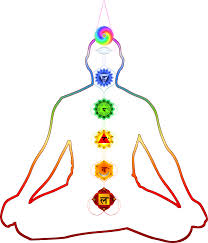 Trading can be stressful on the mind and body. The emotions which cause us to enter a fight-or-flight response produce hormones and mental states which actually inhibit mental performance and health.

Fadel Zeidan at the Wake Forest Baptist Medical Center conducted an experiment on mindfulness meditation and how it affected the brain and mental health of the participants.

The study showed that anxiety levels dropped by 39% from just a few minutes of meditation per day. In addition, the studies showed increased brain activity in the ventromedial pre-frontal cortex (associated with controlling worries) along with the ACC (anterior cingulate cortex) that moderate thinking and emotion.

Through meditation these areas were heavily stimulated, resulting in significantly decreasing anxiety.

As the brain ages, it loses grey matter, which are brain tissues that contain neurons. By your mid-20’s, your brain’s volume and weight will start to decrease, thus functional mental abilities start to decline.

A recent study at UCLA by Dr. Florian Kurth showed that those who meditated showed a significant reduction in grey matter loss. Dr. Kurth was actually surprised by the study, saying, “What we actually observed was a widespread effect of meditation that encompassed regions throughout the entire brain.”

MCI, or Mild Cognitive impairment can affect up to 20% of the population, with eventually  half of those people developing full-blown dementia or Alzheimers.

#3: Meditation Can Change the Physical Structure of Your Brain (for the better)

The study showed white-matter fibers were more plentiful, dense or insulated throughout the brain among long-term meditators, while white-matter decline was heavily reduced. Their results further suggested that meditation causes changes in the brain anatomy (structure) for the better.

Want to change and re-wire your brain? Meditate.

#4: Meditation Can Change Your Brain & Increase Awareness in 8 Weeks

A study by Harvard University observed that people with no history of meditation showed a thickening of the cerebral cortex (most advanced portion of our brain) which not only affects attention (key for trading) but also emotional integration.

After 8 weeks, the participants showed a major increase in the grey matter, specifically in the hippocampus (associated with self-awareness, compassion and introspection).

Also the grey matter density in the amygdala (affects stress/anxiety) was decreased, thus helping to reduce anxiety and stress.

Want to have less anxiety and stress while trading? Meditate.

Did you know that Goldman Sachs has a meditation instructor named Elizabeth Sudler, who teaches their traders/employees a breathing meditation practice and has a waiting list of hundreds of people?

Here’s another one for you – did you know Ray Dalio (who runs the world’s largest hedge fund), has been meditating for 42 years?

Some of the top performers in the field of finance and trading meditate. Do you think that is a coincidence?

#6: Meditation Can Change Your Genes (for the better)

At the University of Wisconsin, a study between experienced meditators and a group of untrained individuals showed both groups having a range of genetic changes, including altered levels of gene-regulating machinery and reduced levels of pro-inflammatory genes (help with faster recovery from a stressful situation…ahem…trading).

One benefit of alpha wave states in the brain is to help filter out unnecessary sensory data, thus allowing us to focus and concentrate more on a designated task (i.e. the price action in real-time).

Want to have better focus, awareness and attentional performance? Meditate.

Dubbed the ‘Happiest Man Alive’, Matthieu Ricard (Buddhist monk and translator for the Dalai Lama) has been studied by scientists regarding his brain and his long time meditation practice.

The studies showed the upbeat impulses in his brain were off the charts, along with a production of gamma waves (attention, learning, memory, consciousness) never before reported in Neuroscience.

MRI scans showed that he and long-term meditators (10,000 hours of practice or more), experience a huge level of positive emotions with a reduced level of negative thoughts.

Do you experience doubt, anxiety, worry, fear or a lack of confidence when trading? Meditate.

After decades of study, scientists are finally ‘confirming’ what Buddhists, Taoists and many practitioners of meditation have been saying for over 2,000 years. That meditation changes the brain, increases brain health while reducing stress, anxiety and mental decline.

Trading is a mental performance discipline, which by and large is highly dictated by your brain and trading mindset.

Doing meditation for trading can give you one of the greatest mental edges, not only benefiting your account, but also your time off the charts.

For those interested in learning meditation for trading, click on the link to see my article which shares how to do a meditation practice specifically tailored for trading.

Props for this article. Though it is not click-bait material anything focusing on a traders ability to deal with stress gets a +1 from me. EQ > IQ

Glad you liked the article.

And good formula indeed there about EQ > IQ. Tis an important lesson and equation for traders to really understand.

This article is perfect!! I have been in the meditation/spirituality niche for about a year now and recently got into trading a month ago.

I have studied the charts a lot and know quite a bit for the amount of time I have been doing it.

The fact that someone else is into both of these niches is freaking awesome!

Interesting article. Quite amazing really what a huge impact the psyche has on the trading experience. There is a lesson or two for all of us in there!

Yeah, it’s always nice to see/meet/hear about people who are exploring these twin ventures. I think it can really benefit the industry and have a major impact on how trading psychology and the mind are related to.

But thanks for the positive comments.

Yes trading is a Mental Performance Discipline, so it’s not just the ‘psyche’, but also the neurological state of the mind which has a tremendous impact on performance.

Definitely much to be explored, but glad you liked the article.

Now you got me all excited about Meditating. Do you have any useful tips on how to start? How long to meditate? What Meditating Technique someone should do? Ciao, Leah

Hi Chris
Thanks for the researched information. It certainly seems that the big traders know the importance of focus and concentration in the line of work their in. Makes lots of sense. Or should I say “makes lost of dollars”? lol
ps – Also helping traders these days is getting your trading strategy automated or semi-automated?
Regards
Fritz

i have been meditating for months now with chris
meditation is help me through all aspect on my life, and reduce stress and increase confident as i do things more in calm and awareness.
it is wonderful

I like your content, I read totally it is a perfect and I bookmark your web page I’m coming again…