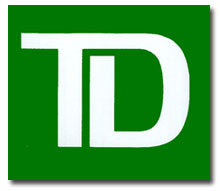 The TD Ameritrade Holding corporation has reported on the outcome of the second quarter of fiscal 2014 in a press release on its website. The numbers which the company just released, are continuing an ongoing expansionary trend, marking the second consecutive quarter of record revenues.

A new record number of client assets has been marked during the quarter totalling to $617 billion, which is higher by 19% over a year ago, confirming the increased engagement of retail investors observed in past quarters.

TD Ameritrade’s president and chief executive officer Fred Tomczyk said that “earnings for the second quarter were up 35 percent year-over-year, driven by record trades per day as retail investor engagement continued to improve. In fact, our quarterly activity rate was the highest we’ve seen in a decade. Additionally, we continue to see strong asset gathering and demand for our guidance-based offerings. We remain focused on giving our clients access to a wide range of products, tools and education to help them pursue their goals.”

The company’s executive VP and chief financial officer said that “trading reached record levels, asset gathering remained strong, fee-based investment balances were once again at a record high, and interest rate-sensitive assets were up 9 percent year-over-year. We will continue to focus on growing our earnings power and delivering long-term value to our shareholders.”

Share this article
Tags: brokers / earnings
Got a news tip? Let Us Know

We all love increasing activity. I just hope comments like “highest activity rate in a decade” isn’t reminiscent of mom and pops being the last to pile into a long-in-the-tooth raging bull market. #equities

We all love increasing activity. I just hope comments like “highest activity rate in a decade” isn’t reminiscent of mom and pops being the last to pile into a long-in-the-tooth raging bull market. #equities