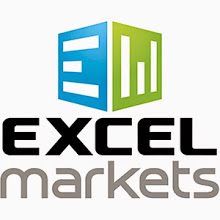 Excel Markets is the first broker to publicly call it a day after suffering significant losses on the back of sharp moves in the Swiss Franc, which caused unseen volatility across the financial markets landscape. The firm which trades as a matched-principal (STP) sent client orders direct to its liquidity provider and consequently is responsible for profit and loss at the LPs house account.

Following on from the Russian ruble debacle in the second half of 2014, the Swiss franc joins the pact of the unwanted, causing carnage in an already fragile market. The latest move by the Swiss central bank to remove the 1.20 peg in the EUR/CHF market had detrimental effects on global markets. Adding to the worries of both buy-side and sell-side participants, Excel Markets took the worst of the damage and has been forced to shut its doors.

The broker issued a statement on its website advising clients of the change in practise. It states: “The dramatic move on the Swiss franc fueled by the Swiss National Bank’s unexpected policy reversal of capping the Swiss franc against the euro has resulted in rare volatility and il-liquidity. Both our primary and backup liquidity providers became unresponsive or illiquid for hours after the event. The majority of clients in a franc position were on the losing side and sustained losses amounting to far greater than their account equity. When a client cannot cover their losses it is passed onto us.”

The broker informed users that they were unable to open new positions and all positions had to be closed by 5pm New York time (15th of January).

The broker’s CEO, David Johnson, commented about the incident in an emailed statement to Forex Magnates, he explained that the firm was protecting client funds and that client equity/balances were 100% withdrawable.

He added: “We are devastated by the loss of Excel and our funds, it is a project we have put a lot of work into and customer satisfaction was very high. We have sustained a total loss of all our funds on margin at our LPs. The silver lining here is that client funds are unaffected, as it should always be.”

Excel Markets was formed in 2013 by experienced professionals in the retail forex space. The founders were behind the popular and successful introducer/ affiliate, Cash Back Forex, a dedicated rebate site for traders that boasts over forty nine thousand trading accounts. The broker was setup in New Zealand, unlike brokers that look for the back-door with New Zealand’s varied registration (FSP), the broker-dealer was authorized and regulated under the main financial markets watchdog, the FMA, and held client adequacy of one million New Zealand dollars.

The markets were affected across all aspects from both a retail and institutional framework. During the midst of the crisis banks stopped quoting CHF crosses and those that were had widened the prices dramatically. Ryan Nettles of SwissQuote Bank, a Swiss-regulated banking institute, commented to Forex Magnates: “Many banks were not quoting and the ones which were quoting showed prices extremely wide in order to defend themselves until the exchange rates stabilized in the market.”

A review of the Swiss franc crisis highlights the vulnerability of inter-operable financial markets as the Swiss currency also affected its neighbour, the Swiss stocks which dropped 8%. Furthermore, on the retail front, for brokers and traders, automated trading solutions (EAs) suffered the lion’s share of the losses and will be questioned by both parties on their usage going forward.

Jeff Wilkins of ThinkLiquidity, a risk management provider, added: “The liquidity situation today was unlike anything the market has ever experienced. It wasn’t that liquidity was thin, rather there was no liquidity at all.

Even as I write this several hours later, banks are still scrambling on fill amendments for volume pushed through their desk during the move. This is catastrophic for brokers and retail clients alike as some are just sitting in the dark until the bank verify fills. I cannot imagine the anxiety an unqualified risk management and dealing team is experiencing at this moment. Ultimately this will be an eye opener for how companies handle their risk moving forward.”

The Swiss franc is currently in free-fall and only time will place it in the correct position, not where the SNB wanted it to be.

Share this article
Tags: brokers / Exness
Got a news tip? Let Us Know

“The Swiss Franc is currently in free-fall” – or free-rise?

They were offering 1:400 leverage with no upper limit on account balance. This is the root cause of them going bust. If someone was long 100 lots of GBPCHF, and assume your prime broker gives you 1:50 leverage (generous for a CHF pair over the last 3 months). Excel had a great operation otherwise and it is sad to see them go. At least (theoretically), clients can still get their funds. Imagine now if the broker was located in the USA…… Even IC Markets limited EURCHF pairs to 1:100 (not sure about other CHF pairs) Dukascopy limited all CHF pairs… Read more »

I have requested the withdrawal. I hope my fund will be safely returned to me.
If it does, surely the management of CBF and excelmarkets(or future business entity with better risk management) is a very trustworthy one.

It’s good to see that they’re dipping into client funds like so many others have done in the past.

Still, the loss of the business was preventable. They should have increased margin requirements.

oops.. meant to say “they’re *NOT* dipping into client funds”.

What about FXCM? No mention, no articles?

Central Banks of all major economic or currency zones will no doubt take note that putting a cap or any artificial harness on its currency can create a ticking time bomb. Anything that’s out of balance, contrived or opaque will eventually undergo a correction, sometimes catastrophic as we saw with the Swiss Franc on Jan 15, 2015.

I wouldn’t be surprised if some central bankers and regulators run into some disciplinary action in the future. They should be held accountable for lying to the market. The fake out deceptive move by the SNB was the REAL problem. Pegging ones currency to a range or a floor should not be legal. Shame on the world governments for allowing the manipulation of the markets. True, transparent markets should be free floating and valued by the market without deceit and manipulation from the central banks. And shame on any regulatory (NFA for example) agency that eliminated hedging and other risk… Read more »

It is very interesting, to me at least, that “Excel Markets” is not listed on the NZ Companies website, nor ir it registered on the Ireland companies website. Globla Brokers appears to have 3 directorso f which one, David Johnson, is in Ireland, another,Arnold SWARD(ZANEGER?) lives in Indiana and the third, Roger Bell who is described as ” The New Zraland compliance director,” is the only New Zealand resident. ALL the shareholders of “Global Brokers” are companies in the British Virgin Islands! HMMMMMMMMMMMMMMMM Very interesting. I really do wonder how much checking the FMA (Financial Markets Authority) does on some… Read more »