Danish multi-asset broker Saxo Bank has released today key metrics for the month of April 2015. The figures show that after an impressive comeback in March trading volumes returned to their downward movement in April. 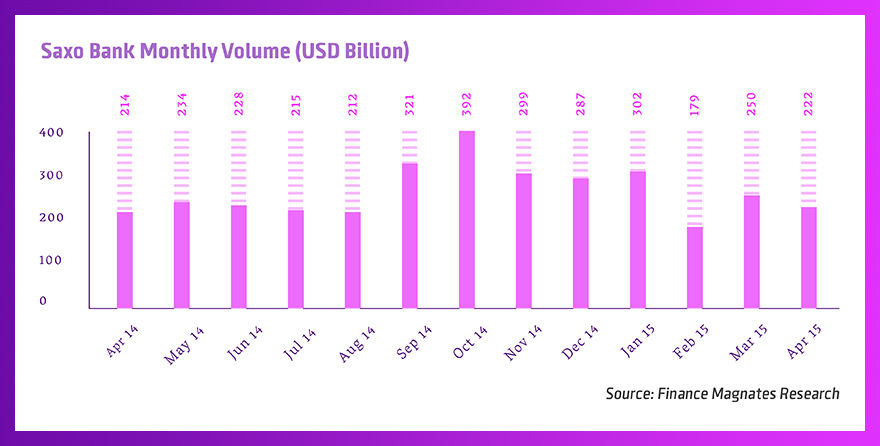