Danish multi-asset broker Saxo Bank released today key metrics for the month of May 2015. The figures show that after a comeback peaking in March, trading volumes have been on a stable downward movement for the last two months. 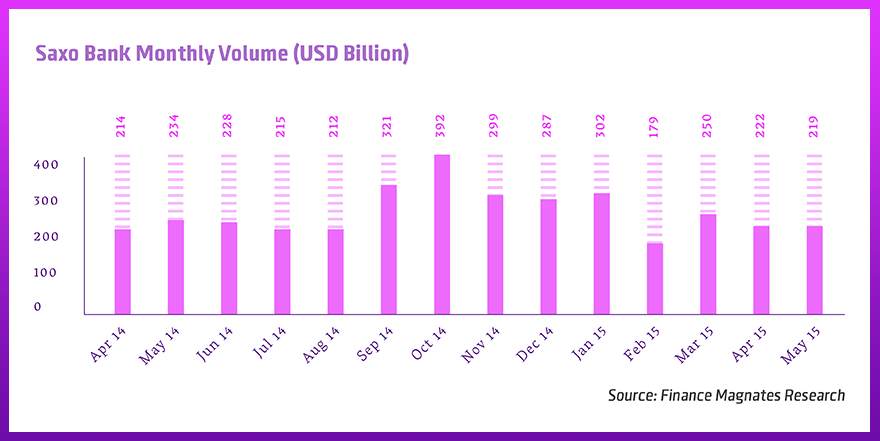 Last month, we reported exclusively that Saxo Bank would get the client book of Citigroup’s margin FX business in Singapore. Once that process is fully complete, it might lead to higher volumes in total for the broker.